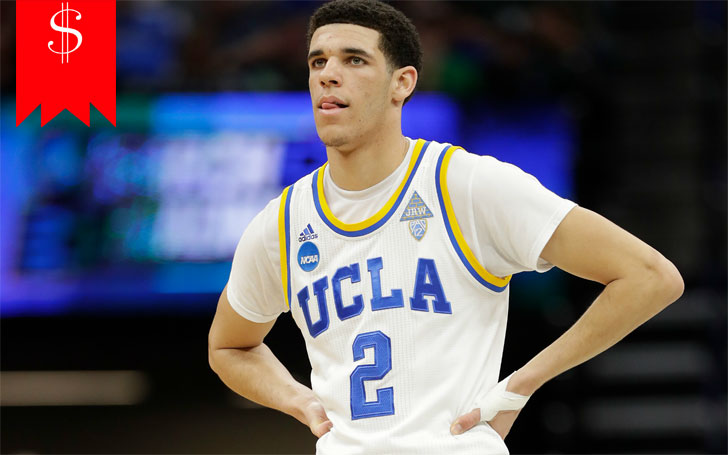 Lonzo Ball is a professional basketball player for the Los Angeles  Lakers of the NBA. He gained a huge popularity at the age of nineteen playing for UCLA. In just one year of being in the NBA, this young basketball player has earned huge fame along with some good money. How much is Lonzo Ball's net worth? And how does he spend his NBA money? All the details here!

How Much Is Lonzo Ball’s Net Worth?

Wayman Tisdale Award winner, Lonzo ball has a net worth of $14 million in 2017. Lonzo is paid $8 Million as an annual salary. Currently, Lonzo has signed to his dad Lavar Balls' Big Baller Brand,  ZO2 shoes.

All smiles at the @slamonline event #GoodTimes

Though it’s yet to be confirmed how much they’ve sold in total, the shoe line reportedly made $157,685 as soon as they sold 263 pairs of BBB’s debut sneakers.

The company released the sneaker with a $495 price tag. And they became popular as Lonzo shoes as he was seen wearing them everywhere.  Lonzo will be endorsing BBB sneakers in November 2017 that would cost $995 per pair. And his major source of income, besides endorsing the sneakers from his father's shoe line,  is definitely his NBA career.  On 3rd July 2017, he signed a four-year $33 million rookie scale contract with The Lakers.

Reportedly, Lakers will pay him an average of $8 million yearly. Similarly, in the year 2018, Lonzo will sign a deal that is very much like Brandon Ingram’s. Lonzo Hill’s currently resides with his parents in Chino Hills, California. He has a lavish white CSW truck. But we don't think that's what he drives. Or maybe he does!

Lonzo Ball began his professional career in 2016 playing college basketball at UCLA for a year where he was named the Pac-12 Freshman of the Year. Lonzo earned the title California Mr. Basketball in 2016. In the same year, Lonzo garnered the Wayman Tisdale Award.

On top of that Lonzo became the McDonald's All-American; the Naismith Prep Player of the Year and Mr. Basketball USA. Lonzo was named First-team All-Pac-12 and a consensus first-team All-American. He led the NCAA in assists.