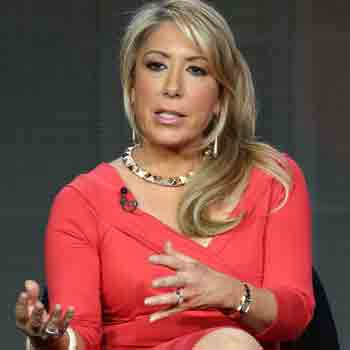 Lori Greiner is a renowned American entrepreneur, inventor, and television personality working and hosting in her show, Clever & Unique Creations. She is well known for investing in ABC’s Shark Tank as called ‘Shark’ investor. She is also known as the ‘ Queen of QVC.’

Lori Greiner was born on December 9 in 1969, in Chicago, Illinois, U.S. She is the second daughter of a real estate developer father and psychologist mother. Her parents divorced when she was nine years old.

From her childhood days, she was very talented and passionate about journalism. She wanted to open her own business and also be part of journalism. She grew up on the Near North Side, Chicago.

Lori studied at Loyola University Chicago and majored in Communications. Her education focuses on journalism and television and films. She has been focusing on her career since her university days, where she used to work for the Chicago Tribune.

Having a dream to be a successful entrepreneur, Lori started her own company with the idea. With the idea, she was able to generate a multi-million dollar international brand and company. Because of her exotic retail products, she is considered to be the most prolific inventor in the retail industry.

Lori has been able to create 400 products and 120 US and International patents. For the United States Patent and Trademark Office, she is one of the guest speakers.

She came up with the idea of building a jewelry box that could hold more than 100 earrings. With the first release of her produce, she was able to convince many local stores to sell her products. She generated $500 million as a patent in her plastic jewelry organizer.

She is the president and CEO of the company For your Ease Only. In 2012, she joined the television show, Shark Tank. She has invested in many profit-generating businesses. One is ‘ReadeRest’ which is the holder of eyeglasses.

Some of her own creative products include Kitchen tools, travel bags, and other accessories whose target consumers are women. Her products are very handy and cheaper in prices as well. She focuses on delivering quality products at reasonable prices.

She has been able to be the top businesswoman in the U.S with her hard work and determination. Her products are regularly featured in high-class magazines which include Town and Country, The Oprah Magazine, Woman’s Day, Instyle, and Family Circle.

Because of her continuous effort in bringing something new to the market, she has been profiled in lots of business magazines. Many celebrities like Oprah Winfrey, Heidi Klum, and Joan Rivers use her products.

Moving on to Lori Greiner's personal life relationships, she likes to keep her personal and professional life apart from each other. She is a private and mysterious person.

Though Lori has kept almost every of her personal life away from the media, sources have confirmed that she is a married woman. Her husband is Dan Greiner. There is no detail about her husband, married life, and relationship, but as per gossip mongers, the pair got married in 2010 in an intimate wedding ceremony.

She was once rumored to be pregnant but has not disclosed anything about it. It is still not known whether she has welcomed children or not.

It seems like Lori and Dan are living a blissful married life with no rumors of divorce and separation rumors.