Lorde's Break-Up with James Lowe and Her Song Green Light, Reason for Break-Up and More 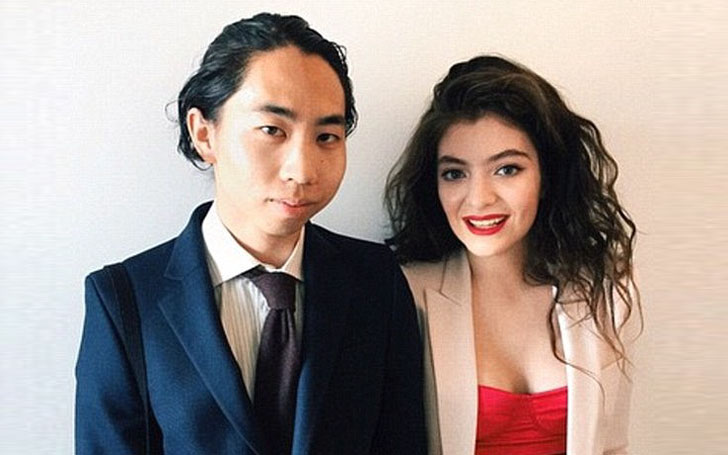 ''That kind of lux ain't for us'', was Lorde, singing about love? Well, Lorde broke up from her longtime photographer boyfriend recently and then came up with songs like Liability and Greenlight where she sings about being a bit ''too much'' for her partner. They say art is grief personified? Does that apply in Lorde's case?

Today we discuss Lorde's Breakup and the reason for her break-up from James Lowe.

Lorde's Breakup and its connection to her Song Greenlight

Lorde and her photographer boyfriend, James Lowe started dating in  2013 when Lorde was 16 years old. After three years of relationship, they broke up in 2016.  Taylor Swift's squad member Lorde is not someone who is vocal about her relationship, so when the break-up rumors circulated in 2015, she didn't comment on them.

However, from Lowe's Instagram, we came to know that, they were together in 2015. The exact date of break-up is not known but it is sure that they broke-up in 2016.

she's the heart that oxygenates my deepest blue

Come 2017, Lorde released her second album 'Melodrama.' The single Green Light from the album is especially remarkable to the case here.

During an interview on Apple music, Lorde said that 'Green Light' was her first song about a breakup and its emotional tool. Her lyrics have always been quite bizarre (  like gold teeth, Grey Goose, Trippin' in the bathroom), standing up to bizarre lyrics in Green Light, Lorde explained that she aimed to explore the kind of pain that is not always explicitly identified.

''The Song is actually about a heartbreak. And it's not something that I really am used to writing about. It took me a while to be able to figure out how to write about that. It was my first major heartbreak.''

Care from some lyrics genius from Green Light, here's a demo:

I know about what you did and I wanna scream the truth / She thinks you love the beach, you’re such a damn liar” and “All those rumors, they have big teeth / Hope they bite you”

Care to listen to the song? Here it is:

There were already so many haters online commenting on Lorde's boyfriend ethnicity, looks, and age. It must have been a constant pressure. however, the couple withstood all and lasted for 3 years in this Hollywood mess.

But, why did they break up? How come this strong relationship that was not based on shallow reasons like looks or money break down? We'll find out.

Reason for Lorde and Her Boyfriend, James Lowe, Break-Up

James and Lorde started dating even before, Lorde came to rise from her first hit Royal. And as she rose to fame she became busy with her songs and tours due to which they did not have enough time for themselves or their relationship.

Which leads them to this path. And Lowe always thought of writing what it feels like to date a pop star which apparently he has deleted several times. Another thing about their split could be their age difference as well as they have like 7-8 years of age difference.