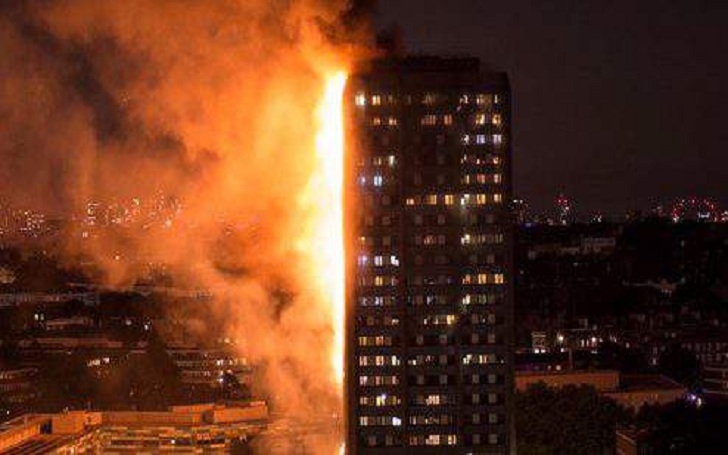 Live video of the fire in an apartment in London.

A huge fire has inundated a 27-story house in west London.

Around 40 fire engine and 400 firefighters are engaged to put out the fire from the building in Lancaster West Estate in North Kensington, London.

The fire is believed to have broken out at around 1 A.M when most of the people were in bed and have almost swallowed the whole building.

A man living in the next building, 300 meters away said:

I heard smoke alarms going off in the background. There is a large fire which has spread to the other side. The building has completely gone. The fire is getting a lot worse, there is a lot of smoke, it is out of control.

Some of the tweets about London Fire:

Ross Alice live reported from the scene and said that people can still be seen on the window. A tweet by him.

Neighbours say they've recently been able to see and hear people screaming for help from Grenfell Tower. I can see a man in a window pic.twitter.com/6MekZlpLdG

This is really shocking. Eyewitnesses say some people were trapped. @abcnews pic.twitter.com/LrzVBeNVPf