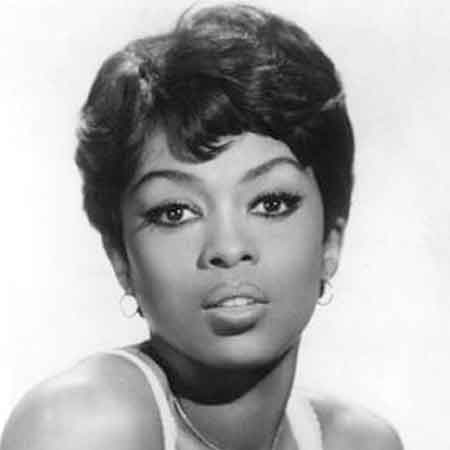 Tony Award nominee Lola Falana who has never learned to give up in her professional life as well as in her private life is one of America's pioneering showgirls who is well recognized for her acting, dancing, singing and modeling career. She is mostly known by the title First Lady of Las Vegas. Her notable appearance on the big screen includes Golden Boy (1964), A Man Called Adam (1966), The Billy Cosby Show (1972). She also made guest appearances on various famous TV shows like The muppet Show, Laugh-in, The Flip Wilson Show and many more. She retired from the entertainment industry in 1977 and as of 2018, she is working on the apostolate, The Lambs of God Ministry.

Lola Falana was born Loletha Elayne Falana in Camden, New Jersey on September 11, 1942, to the parents Bennett and Cleo Falana (died in 2010). Her father was an Afro-Cuban who had left his homeland of Cuba to serve in the U.S. Marine Corps, later became a welder and her mother was a seamstress. She holds American nationality and regarding her ethnicity, Falana is Afro-American.

Falana was third among the six children and from the age of five, she used to sing and dance in the church choir. After the birth of her two younger siblings, her family moved to Philadelphia, Pennsylvania.

Falana began dancing in the nightclubs when she was just in junior high school. She dropped out of Germantown High School just a  few months before her final exams and went to New York City to pursue her musical career.

Falana's got her first ever breakthrough when Dinah Washington offered her the opening act slot in her nightclub in Philadelphia. She was just sixteen when she accepted the offer. Then she was discovered by Sammy Davis Jr. and was given an opportunity to appear in his 1964 Broadway musical Golden Boy.

In 1965 she started her singing career and recorded her first single named My Baby with Mercury Records. After her initial success in a music career, she recorded for Frank Sinatra’s record label.

Thereafter, one year later in 1966, she was launched in a lead role by Davis in his film A Man Called Adam beside Ossie Davis and Cicely Tyson and started her acting career too. After a few years, Falana started appearing in the Italian films and made a name for herself in the Italian movie industry where she got the nickname Black Venus. She then left Davis and made her debut in the Hollywood industry. She told TV guide,

"If I didn't break away,I would always be known as the little dancer with Sammy Davis Jr. ... I wanted to be known as something more."

Falana appeared in the film The Liberation of L.B. Jones from which she earned huge attention and was loved by everyone. She also earned Golden Globe Award nomination for New Star of the Year– Actress.

On the same year, she posed for Playboy Magazine. She was the first black woman to model for the Faberge perfume advertisements. Then she appeared in the various movies mainly on blaxploitation genre.

Falana also took over television audience with her role on The Joey Bishop Show and The Hollywood Palace where she showed her singing, dancing, and comic talents. Furthermore, she appeared on The New Bill Cosby Show on September 11, 1972. And made guest appearances on many famous TV shows, which include The Tonight Show Starring Johnny Carson, The Muppet Show, Laugh-In and The Flip Wilson Show. In early 1986, the actress also attended 28th Annual Grammy Award at Shrine Auditorium in Los Angeles, California.

In addition, Falana also appeared in the Broadway musical Doctor Jazz for which she was nominated for a Tony Award. She won the 1975 Theater World Award for the same musical. In 1995, she recorded the pro-life song Don't Cry, Mary with Joseph Lee Hooker.  She has retired from the showbiz since then.

Lola Falana's Net Worth And Salary

Regarding Lola Falana's net worth, according to the celebrity net worth, it is estimated to be $10 million. Her versatile career as actor, singer, dancer as well as a model is her main sources of income.

The actress and singer has also been running a YouTube Channel under the title icimblind which is also the major part of her net worth.

Lola Falana has always tried to keep her personal life private and away from the media limelight. In 1970 she tied a knot to Feliciano “Butch” Tavares Jr., one of five brothers of the popular R&B/soul vocal band Tavares. However, their marriage lasted for only 5 years and they got divorced in 1975.

Before her marriage, she was in a relationship with her mentor and professional partner Davis who was married to May Britt. After Davis revealed about his extra-marital affair to his wife, the couple got divorced.

As of now, she is possibly single and is living a private life away from the limelight.  She has retired from her acting career, she now tours the country with a message of hope and spiritually.

When she is not on tours she enjoyed living a quiet life in Las Vegas working on the apostolate which she founded, The Lambs of God Ministry. She works on helping children who have been orphaned in Sub-Saharan Africa and with the group Save Sub-Saharan Orphans.

In 1987 Falana suffered from a major setback i.e. a critical relapse of multiple sclerosis.  Her left part was paralyzed, she became partially blind, and her voice and hearing were impaired which compelled her to retire from the show business.

It took one and half year for her recovery to a spiritual experience. In 1988, she turned to Roman Catholicism so as to comfort, solace and worked her newly found spiritually into her daily life.

If You want to know more about celebs, stay connected

Check Out her videos,