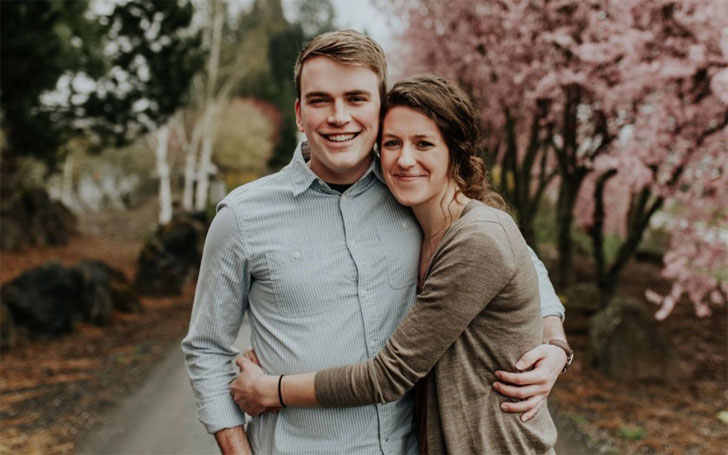 After Zach Roloff welcomed his first child in May which made all the fans of LTC reality television show, Little People, Big World, extremely happy, there's another good news! And this time around, it is daughter Roloff who brings happiness in the family.

The reality show, Little People, Big World, which features ups and downs in Matt Roloff's premiered in March 2006. Since then, the show chronicles how the dwarf couple, Matt and Amy Roloff, raise their four children: twins Jeremy and Zach, Molly and Jacob.

Recently, Matt and Amy Roloff's only daughter Molly got married to her long-term partner, Joel Silvius. How did the couple meet? We have some exclusive details about the newlywed couple here!

Big World's Molly Roloff and Joel Silvius are officially husband and wife now. Roloff and Silvius exchanged their vows on 5th August 2017, in an intimate wedding ceremony at Roloff Farms in Oregon in front of friends and family.

The newlywed couple then first danced together in the song, “You Are the Best Thing” by Ray LaMontagne.

The only daughter of Matt and Amy Roloff, Molly Roloff, chose a beautiful off shoulder lace dress for her big day. A delicate necklace highlighted the beauty of the bride whereas her new husband looked handsome in a gray suit with a blue bowtie.

Molly’s sisters-in-law Tori and Audrey Roloff served as her bridesmaids. Little People, Big World's star chose the woods as the location of the wedding. The beautiful location was surrounded by 100-year-old trees, wildflowers, and wood benches.

“We feel blessed to have been able to celebrate our marriage surrounded by so many people we love,”

Molly's mom Amy couldn't hold her happiness and a cute picture of her daughter's big day where she appeared with her new husband holding hands on her Instagram. She wrote:

"She got married! A beautiful wedding, most gorgeous bride and tears laughing smiles and a lot of love. Couldn't be happier for Joel and Molly (my baby girl),"

Not only Amy, but Matt also shared a sweet photo of father-daughter moments during her wedding and he also shared that the wedding location is the same place where Molly used to play during her childhood.

How Did Molly Roloff and Joel Silvius Meet?

While in a relationship, the couple stayed pretty low-profile-they rarely attended events together. Roloff and Silviusthey allegedly met as students at the Whitworth University.

According to a source, the couple lived together in Spokane where Whitworth is located. Probably this is one of the reasons Molly left the show, Little people, Big World-to stay together with her then-boyfriend.

Roloff and Silviusthey got engaged back in December 2016. Amy shared a picture of herself with her daughter where Molly shows her wedding ring, and the mother and daughter duo looks delighted to share their happiness.

The power couple has been still looking more comfortable and dedicated to each other. They yet to have any child.