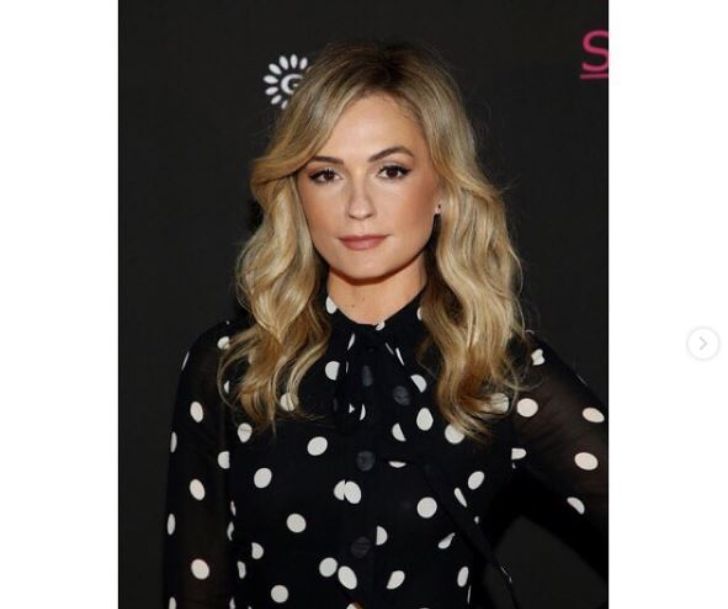 American actress Lindsey Gort turned professional in 2009 and within a span of a decade, sought progress to prominence on-screen. Widely popular for portraying Amy Quinn in the TV series All Rise (2019-20), Gort has notably worked in The Carrie Diaries,  A Million Little Things, Modern Family, and Lucifer.

Along with her on-screen career, she enjoys a blissful married life with her husband Beau Laughlin.

When and Where Was Lindsey Gort Born?

Gort was born on April 24, 1984, in Scottsdale, Arizona, the United States of America, under the birth sign Aries. She belongs to white ethnicity and holds an American nationality. Lindsey completed her schooling and high school studies in Arizona.

She shares pictures of her mother (Kathe Garner Gort) and father on her Instagram account. Lindsey has a younger sister named Kendra.

Acting Recognition From 'The Carrie Diaries' and 'All Rise'

It followed her on-screen credits in Sketchy, All the Wrong Notes, and Vegas, before wide acclaim as Samantha Jones in the teen comedy-drama television series, The Carrie Diaries, along with AnnaSophia Robb, Austin Butler, and Ellen Wong.

Then from 2015 to 2016, Gort portrayed Ashlee in Impastor. Her career breakthrough came as Amy Quinn in the TV series All Rise (2019- 21, 26 episodes), starring Simone Missick, Wilson Bethel, Jessica Camacho, and J. Alex Brinson.

How Much Is Lindsey Gort's Net Worth?

Online sources estimate that Gort has an estimated net worth of $800,000 as of 2021. Most of her earnings came through an on-screen venture; worked in TV series and films. Notably, she appeared as Samantha Jones in The Carrie Diaries and as Amy Quinn in All Rise, allegedly earning tens of thousand dollars an episode.

Lindsey Gort's yearly income from her TV works sums up the 6-digit figure per year. On average, the salary of an actor in the United States is $57,000 annually.

Check out the list of her movie box-office collection:

Who Is Lindsey Gort's Husband? Any Children?

The All Rise actress enjoys a blissful married life with her boyfriend-turned-husband Beau Laughlin, whom she often features on her Instagram. Reportedly, Laughlin is a builder, real estate developer, and restaurateur.

As per IMDB, the duo married on July 18, 2015, in Silver Lake, Calif at The Paramour Mansion. The couple is yet to disclose their courtship but is thought to be in a relationship for a long time. On July 18, 2020, they celebrated their 5th wedding anniversary.

CAPTION: Lindsey Gort and her husband Beau; they are married since 2015 SOURCE: [email protected]

They are yet to share children of their own. Rather, Gort owns a pet dog whom she treats as her family member. No record of her past relationship or boyfriend is out.