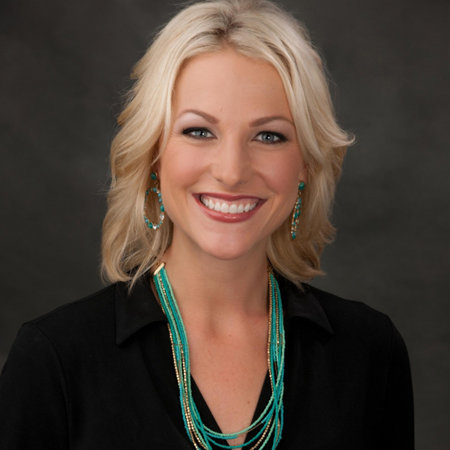 Lindsay Ann Czarniak is an American sports anchor and reporter, who spend six years with WRC-TV, the NBC owned-and-operated station in Washington, D.C. She joined ESPN as a SportsCenter anchor in August 2011. She has also been a pit reporter and studio host for TNT's NASCAR Sprint Cup Series coverage. She has also worked as a co-host and reporter for the syndicated The George Michael Sports Machine.

Lindsay Czarniak was born on November 7, 1977, in Harrisburg in Pennsylvania. She is an American sports anchor and reporter. Later on, she moved along with her parents to Northern Virginia when she was 5. She is the daughter of Chet Czarniak who used to work on the local newspaper.

Due to the influence of her father, she started loving sports and keeps sports updates. She says in her interview that her dad was the source of inspiration for her passion for sports. Because of her passion in sports, she joined James Madison University in 2000 where she majored in online journalism. She is engaged in sports like lacrosse and field hockey.

Lindsay Czarniak started working from the early age. She used to work as an intern for WUSA in Washington D.C. when she was studying in college. As a production assistant, she started working for CNN. As a struggling person, she usually moved from one channel to another at those days.

She has worked for different channel networks such as WTEV-TV, WTVJ, and the Speed Channel. For NBC 4, in 2005 she personally got a call from the host of the program The George Michael Sports Machine. The person was George Michael himself so that Lindsay could work on his show as a co-host.

She accepted the offer and worked for the show. As the part of her job, she got to travel to different places and meet different types of people. In 2006, she got chance to cover the sports news for Winter Olympics.

Similarly, she has also covered for the NASCAR Nationwide Series and IRP Busch Race. She officially joined ESPN in 2011 after posting several blogs and working in several network channels Czarniak appeared in the 2000 independent action film Aquarius, in which she played a character named Mist.

In 2009, Czarniak made a cameo appearance in the Chris Cooley-executive produced the indie film, Ghosts Don’t Exist. After spending 6 years with WRC-TV (usually dubbed NBC4), the local NBC television affiliate in Washington D.C. Czarniak joined ESPN as a Sports Centre anchor in August 2011.

She has also been a pit reporter and studio host for TNT’s NASCAR Sprint Cup Series coverage and a former co-host and reporter for the syndicated The George Michael Sports Machine. Czarniak served as a host and sports desk reporter for NBC Sports coverage of the 2008 Summer Olympics in Beijing, China.

Lindsay Czarniak's Net Worth And Salary

Lindsay Czarniak's net worth is around $3 million at present. She has earned an annual salary of $1.5 million. She is on the list of high earning Female TV journalists in the nation. Such a bold and beautiful Lindsay has a terrific figure.

She stands tall with the height of five feet seven inches. Currently, she is 36 years of age but still looks young and beautiful. After her pregnancy also she has been able to maintain her figure. When she dresses with skirts showing her long legs and perfect feet, she even looks hot and sexy. She has a sexy body with curvy and hourglass type of body measurements.

Looking to her personal life, she is a married woman. Her husband, Craig Melvin is a reporter of WRC-TV. They got married on October 15, 2011. She also says that she had never been in a serious relationship before her husband that proves she is a good wife.

Their wedding was a simple one with only relatives invited. Both of the couples seem to like their personal life apart from professional ones. Recently she got pregnant with her first baby and gave birth to their first child in 2014.

It seems that finally, their family is complete with husband, wife, and children. Till now there is no problem of divorce in their marriage. There seems no problem of extramarital affairs including dating with boyfriends.