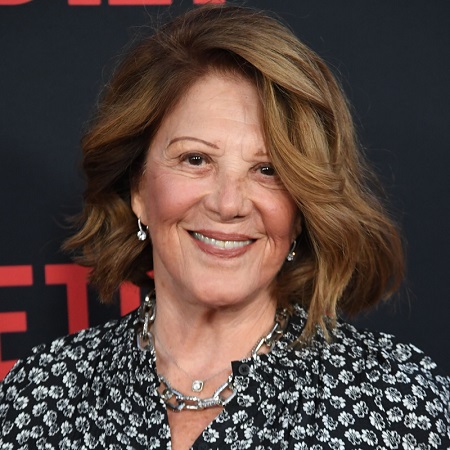 Linda Lavin is an American actress and singer who is very famous for her appearance in the TV series, Alice.  Also, she is known for his work in The Intern, The Back-up Plan, and Bakery in Brooklyn.

Linda Lavin was born under the birth sign Libra on October 15, 1937, in Portland, Maine, USA. She is the daughter of Lucille and David J. Lavin. She was raised alongside a sister named Jocelyn Pollard.

Regarding education, she completed her schooling at Waynflete School. Later on, she graduated from the College of William & Mary.

The 83-years-old, Linda Lavin is married to Steve Bakunas. They shared the wedding vows in the years 2005. Since then the pair is going very strong togther.

Previously she has faced unsuccessful marriage. Firstly, she was married to an American actor, Ron Leibman from 1969 to 1981. Following the divorce, she married American actor and director, Kip Niven from 1982 to 1992.

However, she has no biological kids.

Journey to $10 Million Worth

Linda Lavin has a net worth of $10 million as of 2021 from her career as an actor and singer since 1962 as per the celebrity net worth.

After this, she has worked in several movies and series and has more than 60 acting credits in her name. Some of her notable work includes CBS Playhouse, The Great American Dream Machine, Jerry, Barney Miller, Family, Like Mom, Like Me, A Matter of Life and Death, The Muppets Take Manhattan, Alice, Lena: My 100 Children, I Want to Go Home, Room for Two, For the Future: The Irvine Fertility Scandal, Conrad Bloom, Courage the Cowardly Dog, Wanderlust, Sean Saves the World, My Bakery in Brooklyn, Madam Secretary, Yvette Slosch, Agent, Call Me Back: The Uncommon Wisdom of Yvette Slosch.

Her most recent appearance is the TV series, B Positive as Norma. The other cast of the show includes Annaleigh Ashford, Briga Heelan, and Thomas Middleditch.

Also, he is all set to appear in an upcoming project named Lucy and Desi.