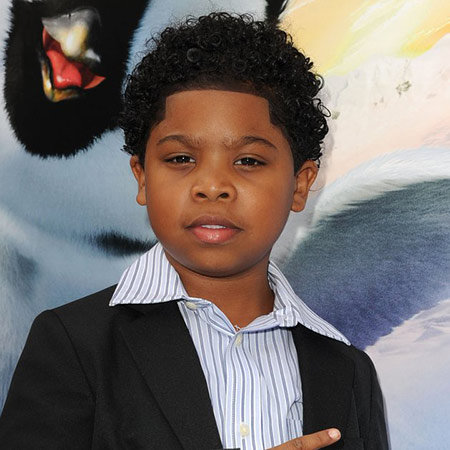 Benjamin Flores, Jr. known by his stage name, Lil’ P-Nut, is an American child actor and rapper. He is famous for his rap You Might Be the One. He started his acting career from 2011 animated movie Happy Feet. He also featured in the Disney's sitcom The Haunted Hathways from (2013-2015).

Lil’ P-Nut was born in Memphis, Tennessee, U.S, on 23rd July 2002. His ethnicity is African-American from his parent and there’s no news about him having any siblings.

He was born to Benjamin Flores, Sr. and Tyisha Hampton.

Lil's first single titled You Might Be the One was released in 2010. Lil other raps include Chosin and Bad Dream.

Lil was first remarked at the Memphis Hip Hop Weekend & Expo. Then Lil was interviewed by the local Fox 13 television station.

Later, Lil also made his guest appearance on The Ellen DeGeneres Show. Lil has also appeared in Cymphonique’s song titled All That. He has also performed his rap titled It’s Mine for a commercial for Nabi.

Lil Nut has made his appearance in an episode of the TBS sitcom called Are We There Yet? His another notable work include his voice acting in a 3D computer-animated family musical comedy film called Happy Feet Two as Atticus.

Lil Nut starred as the main role in a Nickelodeon sitcom television series called The Haunted Hathaways as Louie Preston from 2013 to 2015.

Lil Nut has also shown up in an American buddy cop action comedy film called Ride Along in 2014 in the role of Morris. Lil starred in 2014 TV movie called Santa Hunters on Nickelodeon in the role of Alex.

During 2015, Lil Nut was cast in a TV movie One Crazy Cruise as Nate Bauer and also made his appearance in superhero situation comedy TV series Henry Danger in the role as Lil’ Biggie which aired on Nickelodeon.

Since 2015, Lil Nut has been appearing in a live-action sitcom called Game Shakers as Triple G. This Nickelodeon TV show was premiered on 12 September 2015 and was created by Dan Schneider.

Lil stares along with Cree Cicchino, Madisyn Shipman, Thomas Kuc and Kel Mitchell. In 2017, Lil Nut is confirmed to be starring in an animated TV movie called Hey Arnold! The Jungle Movie as Gerald Johanssen.

Lil P-Nut has been working on many TV shows and movies. He is more focused on his acting and studies. He has balanced both very carefully at such a young age. It’s rare to see someone dating at such a young age, and he is not in these lists, so he is currently single and focusing on his career.

To have fame at such a young age is a significant achievement in yourself. Lil Nut is famous for his rap and acting skill. He is active on many social sites like Facebook, Instagram, and Twitter.

Lil P-Nut loves gaming and plays Sky Whale a lot. He even revealed that he misses smoked sausage and Jungle juice a lot.

This cute and talented actor has maintained his stardom very well and has earned a good amount at his young age. Lil’s exact net worth is not known, but some sites have informed that he has a net worth of $0.2 Million dollars.

Lil Nut has been a role model to many teenagers and has been influencing too many children. We hope to see him soon in future with many projects.