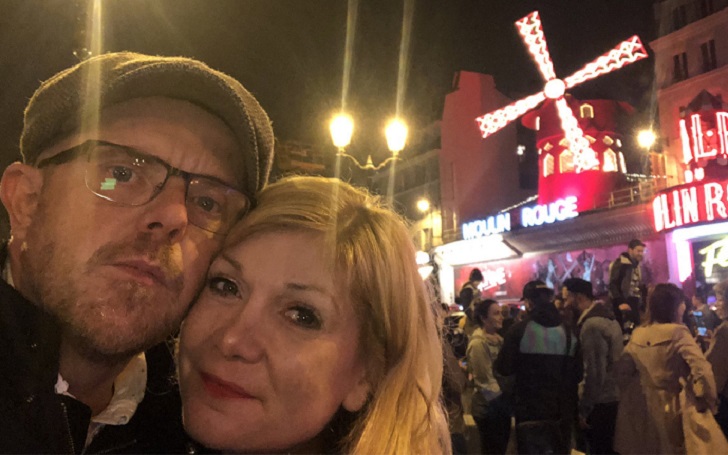 Emmerdale Actor Liam Fox Announced That He Is Now Engaged To His Partner Jo Hudson.

British actor Liam Fox, who has appeared in the role of Dan Spencer on Emmerdale since 2011, revealed that he is now engaged to fellow actor Jo Hudson. He announced the news via Instagram by sharing a selfie of the couple flaunting a diamond ring.

Liam wrote “She only went and said yes… @missjohud.”

Liam’s co-stars including Gaynor Faye, Sandra Marvin, and Jay Kontzle were among those to send the newly engaged couple best wishes and congratulations.

The happy couple often shares photos of each other expressing love for each other. Liam even uploaded an image of himself with his fiancé in Paris standing in front of iconic Arc de Triomphe.

Liam and Jo, who have known each other for around 25 years, is reported to have been dating for over a year and a half.

On Valentine’s Day, Liam shared a picture of himself with his love of his life, on their graduation day at the University of Salford in the year 1994.

Liam was previously married to Hollyoaks star Nicole Barber-Lane. The couple after being married for around 16 years ended their relationship with a divorce. The former pair shares a child, son Ben Fox together.

Liam and Jo first met back in 1997 when they were both trainee teachers at Tameside college located in Manchester.