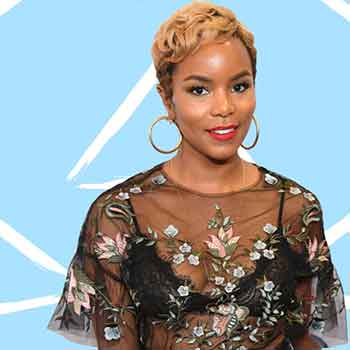 Beginning her music career from the girl group Destiny's Child, LeToya Luckett tasted the success in her early career alongside her band member Beyonce, Kelly Rowland, and LaTavia Roberson. However, the singer didn't achieve success through the easy way as she struggled hard to establish herself following the departure from the group Destiny's Child. But thanks to her hard work as she successfully led her solo career and has released three albums so far. Like her professional journey, her love life is also like a roller-coaster ride as she had been in a few failed relationships, however, the singer is enjoying a blissful married life with her husband Tommicus Walker.

LeToya Luckett was born on 11 March 1981 in Houston, Texas. Her birth name is LeToya Nicole Luckett Walker and her nickname is Toya. She is a daughter of Pamela Luckett. Her parents were very supportive and let her sing from her early age. Luckett grew up with her sibling.

LeToya Luckett was engaged to the singing from her childhood days. She was in the same cla s s with the world famous R&B singer Beyonce. Luckett was invited to sing in Beyonce's singing group Girls Tyme. The band was later named Destiny's Child.

After joining the group Destiny's Child in 1993, Luckett and other band members including Beyonce, LaTavia Roberson, Kelly Rowland performed in several programmes. The band then signed a contract with a record label Columbia Records in 1997. Before signing with the company, the group was forced to sign Mathew Knowles, Beyonce's father, as the manager of the group.

In 1998, the group released their debut self-titled album Destiny's Child. The album consisted singles like No, No, No, Part II and With Me. Following the release of the album, the group was featured on the soundtrack of the romantic comedy film Why Do Fools Fall in Love with the song Get on the Bus.

Afterward, Destiny's Child released their second album The Writing's on the Wall in 1999 and became one of the biggest selling albums by a female group. Luckett had major roles in the second album than the first one. The album includes popular singles like Bills, Bills, Bills, Bug a Boo, Say My Name, Jumpin' Jumpin, and others. In 2001, the single Say My Name won two Grammy Awards for Best R&B Performance by a Duo or Group With Vocals and Best R&B Song.

Amid the successful journey of the group, Luckett and LaTavia Roberson asked for their own manager because of increasing communication gap with the manager Mathew Knowles. As a result of the a s sert, Luckett, and Roberson were replaced by the new members Michelle Williams and Farrah Franklin in the video of the song Say My Name in 2002.

After the incident, Luckett and Roberson filed a lawsuit against their manager Knowles and the case was settled when they received royalties for their contribution to the group Destiny's Child.

After their departure from the group Destiny's Child, Luckett, and Roberson announced their comeback as a new group Anjel along with the two others member Naty Quinones and Tiffany Beaudoin. Despite the great work, the group couldn't do well as their production company 581 Entertainment collapsed. Then the Anjel singers went on pursuing their solo career.

Then after, the singer worked with a production company Noontime. In 2003, Luckett was eventually signed by the Capitol Records and shortly after, she began working for her first solo album LeToya which was released in 2006.

The album consisted popular singles like You Got What I Need, All Eyes on Me, Obvious, and others. LeToya peaked at number one in the U.S Billboard 200 and in Top R&B Hip-Hop Albus chart. The successful album had been certified platinum status.

The singer was honored with several awards like Teen Choice Awards, Soul Train Music Awards, and others. Following the success on her debut album, she released her second album Lady Love in August 2009. In her second album, LeToya faced complications due to lack of fund. Despite the complications, she released the singles Not Anymore, Regret, She Ain't Got...., Lady Love, and other. The album became a hit.

Continuing the prosperous solo career, LeToya released her third album Back 2 Life in May 2017. The album includes the songs like Don't Make Me Wait, Back 2 Life, Together, and many others.

Alongside music, LeToya starred as herself on the YouTube series H-Town Chic in the year 2006. Likewise, she did another YouTube series Life, Love & Music in 2012. The singer frequently appears on the screen through some movies and series. To name a few, Luckett worked in the play Rumors, in the movies Preacher's Kid (2010), and Killers (2010). She appeared on the TV series Treme and Single Ladies.

Besides her prosperous musical career, Luckett is a successful businesswoman. She the owner of the Lady Elle Boutique which she has started back in her hometown of Houston, Texas as Lady L Boutique. In 2008, she opened another store of the boutique in The Galleria, Houston.

As a celebrity, Luckett has endorsed several brands like Luster's Hair Care and many others.

Being a successful R&B singer, LeToya Luckett is earning a decent amount from her singing skills. The musician has managed to acc u mulate a handsome net worth of $5 million out of her singing career. Luckett is enjoying a lavish life and is cherishing all the possible luxury.

LeToya Luckett has had highs and lows regarding her love relationship, however, she is leading a blissful life. Luckett is happily married to her entrepreneur husband Tommicus Walker. The couple walked down the aisle on 10 December 2017 at Villa Antonia in Austin, Texas.

Their wedding ceremony was a lavish one and Luckett looked gorgeous on her wedding day and Walker looked no less. Following their big fat wedding and the wonderful beginning, the pair is inseparable.

As of September 2018, the pair is expecting their first child. The heavily pregnant singer is seen flaunting her baby bump frequently, probably she will soon announce the arrival of the additional family member.

Happy Easter from the Walkers

LeToya is a stepmother to Walker's six-years-daughter Madison from his previous relationship. She forms a great bond with her stepdaughter as strong as any biological mother and daughter.

Previously, Luckett was married to a motivational speaker Rob Hill Sr. The two tied the knot in January 2016 after dating for almost a year. But unfortunately, the marriage didn't work and they parted their ways the same year.

The incredible singer Luckett famously dated an American rapper Slim Thug. She had worked in many songs along with her ex-boyfriend Thug.

The successful singer Luckett is highly involved in several charitable works. She participated in the events like Women in Entertainment Empowerment Summit. Likewise, she is engaged in the Hip-Hop Summit Action Network, a financial empowerment summit.

LeToya is working on motivating children regarding the betterment of their education. She frequently visits several schools to encourage students to study till the higher level education. Also, the singer is very vocal concerning the violence and domestic abuse.