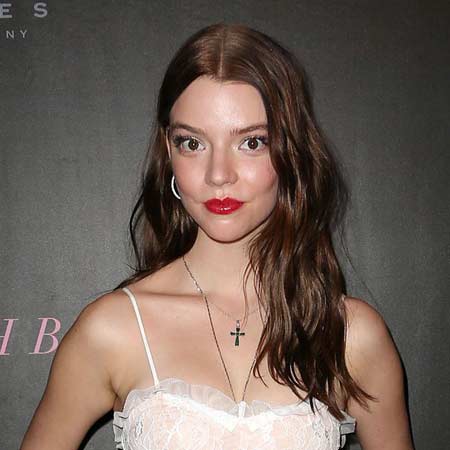 Argentine-British model turned actress, Anya Taylor-Joy is best known for her role as the young Puritan girl Tomasin in the 2015 period horror film, The Witch. The movie earned her Gotham Independent Film Awards, Fright Meter Awards, and Empire awards. She also recognized for her performances in the movies and television series Morgan (2016), Barry (2016), Split (2017), Thoroughbreds (2017), and Marrowbone (2017).

Taylor-Joy is quite ambitious and hardworking. As of 2018, she resides in Los Angeles, California.

Early Life Of And Education Of Anya Taylor Joy

Anya Taylor Joy was born Anya Josephine Marie Taylor-Joy on April 16, 1996, in Miami, Florida, US. She is the youngest of six children of her parents. Her mother is a photography and interior designer and father is a former international banker.

Taylor Joy is American and belongs to the mixed ethnicity (British-Spanish and Scottish-Argentinian). She moved to Argentina along with her parents when she was an infant, and she only spoke Spanish. Later she moved to London with her family at that time she was just 6 years old. 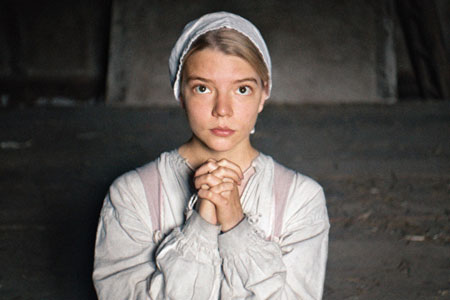 CAPTION: Anna Taylor Joy at the shooting of The Witch SOURCE: Vulture

Anya Taylor Joy started her modeling career at the age of 16. She was first scouted by Sarah Doukas of Storm Model Management while she walked outside Harrods Department Store. She modeled for several brands and walked the ramp for a many fashion designer.

After two years of modeling, Taylor Joy pursued her career in acting. She made her acting debut with Vampire Academy in 2014, but her role goes uncredited. After a year, she got a major role in a period supernatural horror film, The Witch. She played the role of Thomasin in the movie which earned her several nominations and awards. 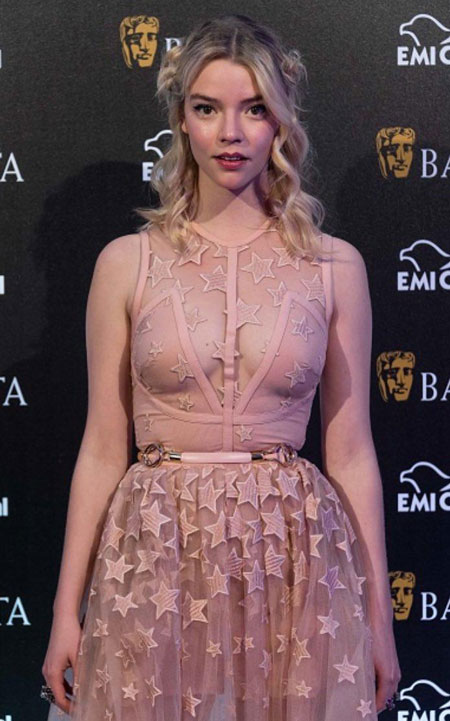 In 2015, she starred in the British fantasy-adventure television programme, Atlantis. Similarly, she appeared in some films including Split, Thoroughbreds, Marrowbone, The Miniaturist. She received an award at Cannes Film Festival in 2017.

As of now, Anya Taylor Joy is busy with her three upcoming projects Glass, The New Mutants, and Radioactive which is scheduled to be released in 2019.

Anya Taylor Joy is one of the rising Hollywood stars. She has earned an impressive name and fame from the short span of her acting career. Considering her career growth, Taylor Joy might have an estimated net worth of six-digit figure, but no official confirmation has been made.

Some of her box-office success movies are enlisted below,

Anya Taylor Joy is possibly single. She is quite secretive about her private life and prefers to keep her personal life away from the limelight.

She is in her early 20s and at the initial phase of her career which might be the reason she is more engaged with her projects. However, once she posted a picture of a mystery man and captioned, "Boy+Girl-NYC."  While everyone thought he was her boyfriend, Taylor Joy never confirmed or denied the rumors.

Check out the video of Anna Taylor Joy with British Vogue,