Leslie Landon is an American former actress who contributed her hard work to the film industry for 9 years. She is famous as Etta Plum on the TV series, Little House on the Prairie. Among people, she is also known as the daughter of a late actor, Michael Landon. After quitting acting, she started her career as a clinical psychologist, specializing in children dealing with loss.

Short-Biography: Belongs To The Actor Family

Leslie Landon was born Leslie Ann Landon on October 11, 1962, in Los Angeles, California. Both of her parents were from the entertainment industry. Her father, Michael Landon was an actor, and her mother, Lynn Noe was an actress.

Leslie attended Pepperdine University and received a BA in psychology and an MA in clinical psychology. Similarly, she is a Ph.D. graduate in marriage and family therapy from the California Graduate Institute.

Did you know? The actress suffered from bulimia in her late teens/the early 20s.

Professional Career: Debuted With The Series Little House on the Prairie

58 years old Leslie Landon was active in the film industry from 1975 to 1984. He began his acting career with the television series Little House on the Prairie. From 1975 to 1983, she played roles like Etta Plum, Pam, and Marge on the show starring Michael Landon, Melissa Gilbert, Karen Gra s sle, Richard Bull, Victor French, and others.

Additionally, in 1982, Landon appeared as Kate Jones on the TV series Father Murphy in an episode titled, The Dream Day. The following year, she played Etta Plum in the television movies, Little House: Look Back to Yesterday. 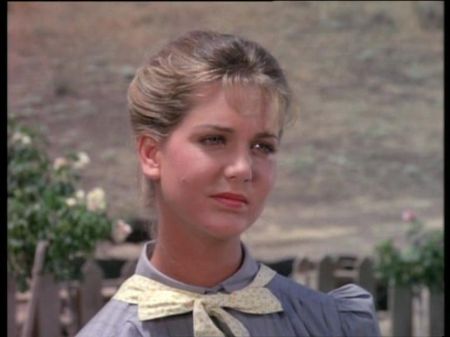 Likewise, 5 feet 4 inches tall actress is also a part of the series and doc u mentaries such as Intimate Portrait, Biography, Weekend Today, and Home & Family. Likewise, she self appeared in the video doc u mentary, Michael Landon: Memories with Laughter and Love.

Since her debut, the former actress has altogether 6 acting credits. To date, she has not revealed her exact fortune. But Leslie Landon has an estimated net worth of $400,000 in May 2021.

Who Is Leslie Landon Married To?

Little House on the Prairie actress Leslie is married to Brian Matthews. The couple exchanged wedding vows in the year 1990 in an intimate ceremony. The couple is together for two decades and is still going strong which is sadly a rare case in Hollywood.