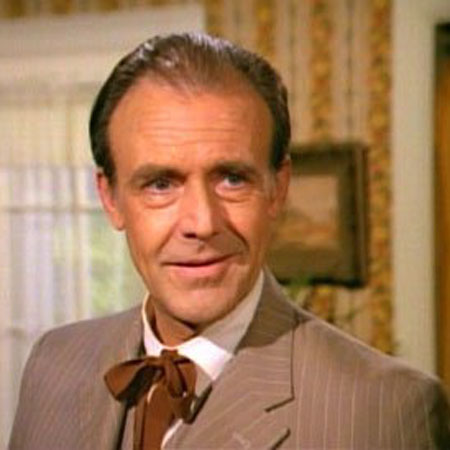 Richard Bull was an American television and film stage actor, well known for his portrayal as 'Doc' on Voyage to the Bottom of the Sea and as Nels Oleson on Little House on the Prairie. Richard Bull was married to Barbara Collentine on 13 April 1948.

Richard Bull was born on 26 June 1924 in Zion, Illinois. He was born to Ralph William Bull and Pearl Smith Bull.  He is White in ethnicity and holds American nationality.

Since his childhood, Bull was very much interested in acting which triggered him to become a popular stage and television film actor.

Richard Bull's career began from the famous Godman Theatre in Chicago. He made his debut appearance in the television movie Harrigan and Son as Lawson. Since then he made numerous appearance on television series and films including, The Satan bug, Ths Stalking Moon, High Plain Drifter, Voyage to the bottom of the Sea, Gomer, Columbo, Hill Street Blues, Highway to Heaven.

He received huge fame and good reviews for his appearance on television series, Voyage to the Bottom of the Sea, as The Doctor.

Richard made a good amount of money from his acting career, as he made more than 100 appearances in television series and movies. One of his most watched television movies, High Plains Drifter made $15,700,000.

Before his death, Bulls net worth was estimated to be $8 million.

Richard Bull was married to Barbara Collentine on 13 April 1948. Since their marriage, the couple was together until Bull's death on 3rd Feb 2014, at the age of eighty-nine.

He died of pneumonia when the veteran actor was at the Motion Picture Television Fund campus in California.

''Everyone loved him so much, people are posting condolences in six different languages on my Facebook page.''

''Richard was a very generous, soft-spoken actor with a wonderful appetite for work, he always made it(acting) look so easy.''

Even after his death, funeral plans for him were not immediately announced.