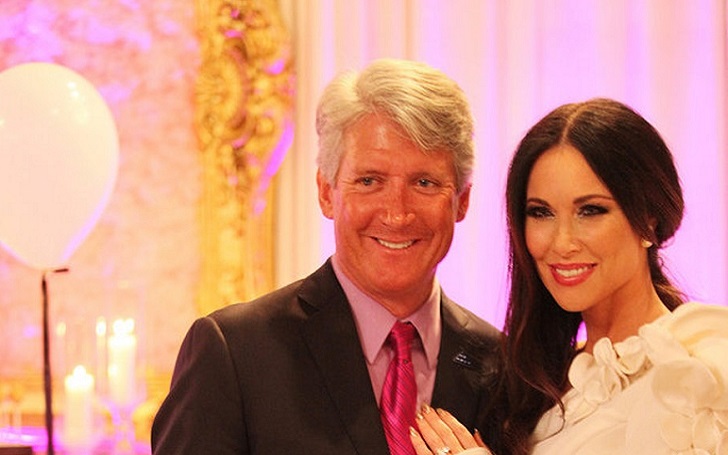 The lovebirds exchanged their vows at the Cathedral of Hope, the largest inclusive church in the world, amid family, friends and Locken's costars.

Locken was seen in a custom white gown by Texas designer Nardos Imam of NARDOS Design while the groom wore a black tuxedo by Don Morphy Prive Clothiers.

Where Locken walked down the aisle for the first time, Emberlin was married twice previously and has a 20-year-old daughter, Elise from a previous relationship. The pair had been engaged for over and a half before they said their "I dos."

The bride posted a photo on her Instagram from the event on Saturday morning where she wrote "Happy WEDDING DAY...Today I marry my #bestfriend."

A week ago, Locken wrote "I can't believe in ONE WEEK I will be Mrs. Richard Emberlin" on her Instagram which she added with "I've waited 51 years to marry my soulmate and by Gods grace, I only need wait 7 more days!"

Meanwhile, Locken celebrated a gorgeous bridal shower which was organized by her costar Kameron Westcott. Scott shared the small yet beautiful ceremony on her social media afterward.

Emberlin proposed to his girlfriend of over eight years at Texas State Fair in Dallas last October with a gigantic 10-carat diamond ring. Later Locken told People of his engagement saying "It was the happiest carnival prize ever."