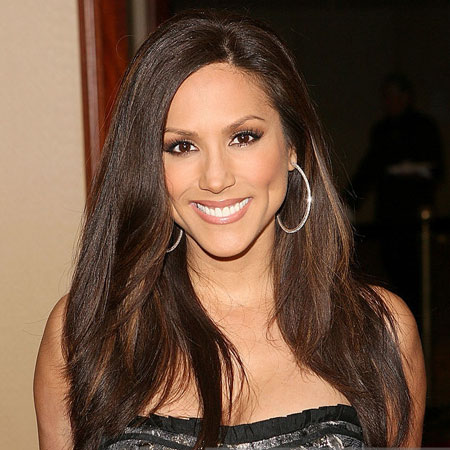 Leeann Tweeden is a model, announcer and also a sports television personality. Tweeden is quite popular in the field of modeling and sports reporting. She came to the limelight as a model after she won the Venus International Model Search. She currently serves as a news anchor for Mclntyre in the Mornings on Radio 790 KABC in LA.

Leeann Velez Tweeden was born on 13th June 1973 in Mana s sas, Virginia in the United States of America. She is an American by nationality. Ethnicity-wise, she is known to be of Filipino, Spanish, Norwegian origin. Her zodiac sign is Gemini.

She was interested in the field of modeling from an early age. Tweeden was just 16 years old when she won her first talent contest. She did her schooling at Osbourn Park High School, she graduated in 1991.

After finishing high school, Leeann Tweeden moved to Hollywood to pursue her dreams in the field of modeling. Tweeden joined Santa Monica College to study political science but she later transferred to UCLA.

Leeann Tweeden had a very sober beginning; as a hostess in Hooters restaurant, Colorado Springs, Colorado in 1992. She was featured in the 1994 calendar of the restaurant. The turning point in her life came when she won the Venus International Model Search. This gave her a lot of exposure. After that, she got modeling opportunities for Hooters and Venus International, Playboy and also Frederick's of Hollywood.

From 2001- 2008, Tweeden was the correspondent for Fox Sports Net's Best Damn Sports Show Period. In 2008, she joined the NBC late night television series, Poker Afterd Dark as the third hostess. She appears as a regular panel member on the early morning show titled Red Eye with Greg Gutfeld.

At present, Leeann Tweeden is working with Kenny Florian and Ariel Helwani for Fox Sports 1's UFC Tonight. She appeared as a guest character motocross rider at the 2002 motocross videogame Freekstyle. Similarly, Tweeden also appeared on the cover of the March 2007 Issue of FHM. Hooters announced her as the Top Hooters Girls of all time on the occasion of its 25th anniversary in 2008.

As regards to the personal life of Leeann Tweeden, it is known that the media personality is a married woman. She is married to Chris Dougherty. Her husband, Chris is a pilot who works with the California Air National Guard. The couple got married on 4th July 2010. They have two children named Kane and Kaiavale.

Tweeden and her husband met for the first time during the USO tour and exchanged the vows after some time of the relationship.

Leeann Tweeden had a few boyfriends before she met Chris Doughtery. At first, Tweeden had an affair with Ben Bostrom from 1999 - 2001. Then, she was in a relationship with Josh Beckett from 2004 - 2005. According to sources, she also dated Michael Worth.

Leeann Tweeden is actively working to educate people about Autism since she became the public face of Rethinking Autism in 2009.

Leeann Tweeden's Net Worth, Salary, And Major Source Of Income

Leeann Tweeden's salary is speculated to be quite impressive. Sources reveal that her net worth is around $ 3 million. And as of now, the news anchor is paid around $63450 a year.

According to sources, Tweeden sold her home at 331 N Crescent Heights for $1.23 million.