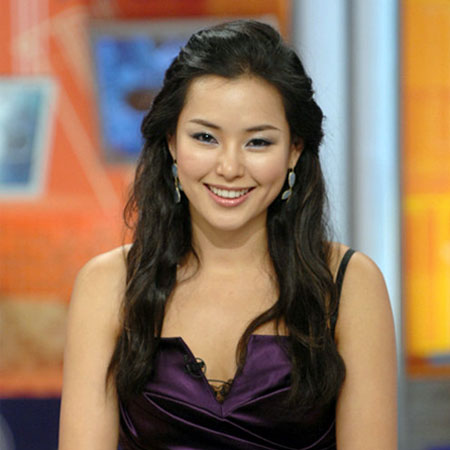 Lee Ha-nee better known as Honey Lee is a South Korean actress, model, cla s sical musician, gayageum player and beauty pageant titleholder. She is the winner of Miss Korea 2006 and the third runner-up for Miss Universe in 2007 that was held in Mexico City, Mexico.

Born As Middle Child Of Three

Lee Ha-nee was born on March 2, 1983, in Seoul, South Korea. She holds South Korean nationality and belongs to Asian ethnicity. Her father, Lee Sang-eob was a high-ranking official for National Intelligence Service and her mother Moon Jae-suk is a professor at Ewha Woman's University. Her mother earned a Ph. D in Korean music history.

She has three siblings, two sisters and a brother. Lee Ha-nee's older sister, Seulki Lee is an Assistant Professor of Radiology and Radiological Science, Ophthalmology.

Lee Ha-nee strived to earn the 50th Miss Korea pageant title in 2006. Lee was a frontrunner on several pageants before she won the Miss South Korea pageant. She was one of the early favorites among the 77 participants; impressing judges with her outstanding beauty and amazing talents.

For the part in that all the opponents enter clad in national costumes, Lee wore the female hanbok. Korean James Kyson Lee asked her question in the Question and Answer portion and ended in the top 5. She ended the Miss Universe as 3rd runner-up and ended Korea's nineteen-year-long drought in the Miss Universe as a Finalist.

Lee Ha-nee co-hosted Real-Time TV Entertainment, on the national TV networks SBC which was a 12-year-old show focusing on show business. Currently, she is an endorsed model for Tommy Hilfiger Korea and DAKS and Vogue. She featured in the musical Polaroid alongside Shinhwa member Andy Lee on August 3, 2008.

Besides Lee is a professional gayageum player, who performed at the closing ceremony of the 2018 Winter Olympics. Lee has released four CDs so far and has played in more than 25 countries that include her concerts at Carnegie Hall in New York City.

Who Is Lee Ha-nee Dating?

Lee Ha-nee is not married. But, she is in a long-term relationship with Yoon Kye Sang, a South Korean singer, and actor. The couple's relationship was confirmed in 2013 when the lovebirds were spotted enjoying their vacation in Bali.

Lee and Yoon were rumored to be separated in April 2016, after the actor unfollowed her on Instagram. Eventually, Kye clarified that he accidentally unfollowed her and was not aware of it.

Kye-Sang was previously in a relationship with Sung Yu-ri, who is also an actress and singer.

The 36-year-old Korean actress has been working in the Korean entertainment industry for over a decade. Having worked in a number of television series and films, Lee has undoubtedly earned hundreds of thousands of dollars. Besides, she is also the winner of the Miss Korea pageant, which also earned her well.

Altogether, actress Lee Ha-nee's net worth can be estimated to be more than $1 million as of 2019. But the exact figure is yet to be revealed.

Altogether, actress Lee Ha-nee's net worth can be estimated to be more than $1 million as of 2019. But the exact figure is yet to be revealed.