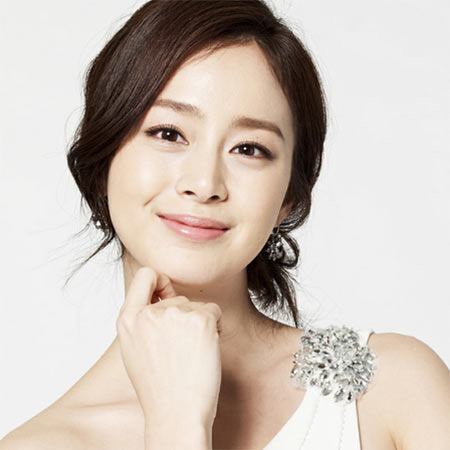 Kim Tae-hee is a South-Korean actress. Kim is notable for her roles in Korean dramas such as ‘Love Story in Harvard’, ‘Living by Love’, ‘Stairway to Heaven’, ‘My Princess.’ Due to Kim Tae-hee’s exemplary education background, outstanding beauty, and sweet image, the media has given Kim the title of ‘Nation’s Goddess’ or ‘Nation’s um-chin-dai’. However, she expressed her desire to be valued properly as an actor and her acting talent instead of her image.

Kim Tae-hee was born on 29 March 1980 in Busan, South-Korea and was raised in Ulsan. Her father Kim Yoo Moon established Hankook Union Transportation Company in 1984. She also has a younger brother Lee wan, who is also an actor and an older sister Kim Hee-won.

Kim Tae-hee studied at Ulsan Girls’ High School and in 1999, she moved to Seoul to attend Seoul National University and in 2003, she graduated from SNU with a bachelor’s degree in Fashion Design. She appeared in several television commercials and print ads before making her acting debut with a small role in ‘Last Present’ in 2001. Again the following year, she starred in the short film ‘Living in New Town’ and ‘Let’s Go’, followed by ‘A Problem at My Younger Brother’s House’, and ‘Screen.’

In late 2003, Kim Tae-hee rose to fame via her portrayal of the cruel and evil stepsister in the popular SBS TV drama ‘Stairway to Heaven’. Afterward, she was cast in leading roles in her succeeding projects including SBS campus romance ‘Love Story in Harvard’ and supernatural KBS series ‘Forbidden Love’. In 2006, Kim made her film debut from the action fantasy epic ‘The Restless’ and the romantic comedy ‘Venus and Mars.’ However, both the films were unsuccessful at the box office.

Kim Tae-hee was rumored to be in a relationship with Song Seung-Heon who is a very popular actor in Korea. The couple first met on the set of ‘My Princess’. However, both the actors have always denied the rumors. Currently, she is in a relationship with popular singer Rain. Kim and her boyfriend have often been clicked by paparazzi and we must say they look great together. As of now, Kim is very happy in her relationship, and looks like, she is not in a hurry to get married and have a husband anytime soon as she is focusing on her career.

Kim Tae-hee is one of the most popular and in-demand product endorsers in Korea. She has been a spokesperson for popular brands including Beans Avenue, Crencia, KT Smart Card, Daewoo Matiz, Samsung, Corn Silk Tae, Paris Baguette.

Kim Tae-hee’s net worth has been estimated at $16 million dollars, earned from modeling, movies, and TV shows; while, as other celebrities do, she also gets paid by ads, sponsorships, featuring, endorsements.