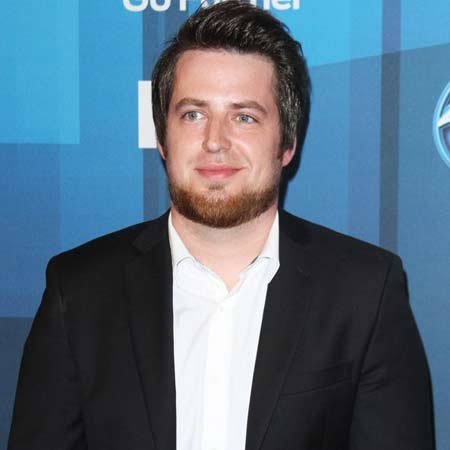 Lee DeWyze is a singer and songwriter popularly known worldwide as the winner of the ninth season of American Idol. He has given many hits post the competition which includes, Beautiful Day, Hallelujah, Falling Slowly, The Boxer and so on which ranked high on Billboard Charts. He was awarded Teen Choice Awards for choice tv male reality on August 8, 2010. DeWyze is one of the artists who is involved in philanthropy works and has contributed lots to raise funds for some great cause.

Lee DeWyze was born Leon James DeWyze to Kathleen and Leon DeWyze on April 2, 1986, in  Mount Prospect, Illinois. He grew up with his two older sisters, Shannon DeWyze and Sarah DeWyze and a younger brother named Michael DeWyze. He is of Polish, Irish, Belgian, Danish and English ancestry.

For schooling, he attended St. James Catholic Elementary School in Arlington Height, Illinois, and Prospect High school till the senior year but was expelled since he used to get in too many fights. He then enrolled in Forest View Alternative  School for his high school studies but didn't graduate. Later on, he managed to get a GED.

Before being part of American Idol, DeWyze used to work as a paint salesman. He even worked at the Chicago Mercantile Exchange in the year 2007-2008 as a trading floor clerk. After landing on the show, DeWyze's store continued supporting him by selling T-shirts encouraging the fans to vote for him.

DeWyze was discovered by Louis Svitek at age 17 when he heard him sing at a house party in Chicago and signed him with WuLi Records. Then a band named, the Dewzye band was formed including Svitek, Ryan McGuire and himself and recorded two albums called So I'm Told in 2007 and Slumberland in 2010.

He got his early fame before American Idol by performing and touring in many locations. The band even got featured in The Chicago Huddle, a local Television Sports Program during the seasons 2008 and 2009.

DeWyze auditioned for the famous show American Idol for the ninth season on June 22, 2009, in Chicago. On his audition, he sang Aint No Sunshine by Bill Withers. He made to the top 10 along with other brilliant contestants like Andrew Garcia, Aaron Kelly, Siobhan Magnus, Crystal Bowersox, Katie Stevens, Michael Lynche and so on.  DeWyze and the runner-up Crystal Bowersox were the ones who never landed in the bottom three for the elimination round. He was titled winner of the season on May 26, 2010.

After American Idol, DeWyze's career boosted as he earned huge fame and popularity. He signed to 19 Entertainment and RCA Records. He released his album, Live it up on November 16, 2010, and performed his single from the album called Beautiful Like You in the stage of American Idol season 10.

After a year on October 6, DeWyze's contract with RCA records expired. Then, his former label WuLi Records released a third album consisting of his pre-idol recordings on February 14, 2012.

After the end of the contract with RCA records, DeWyze was signed to Vanguard Records on January 15, 2013.  His first single named Silver lining was released on April 24 of the same signed year. His new album, Frames released on August 20, 2013. His song Black Bird was used in the apocalyptic horror series, The Walking Dead which became the second viral song of the week on Spotify.

It even debuted on the Billboard chart at no. 29 and was used on the sixth season episode of the American legal Drama series, Suits in 2017. Oil & Water and Paranoia is DeWyze's sixth ever studio album released on February 12, 2016, through Shanachie Entertainment and Pledgemusic.

DeWyze is worth $500 thousand dollars. As an American Idol winner, he earned nearly $1 million from the show. He has released six albums since then. His album Slumberland sold 17,000 copies in the US similarly, his next album Live It Up sold 153,000 copies. Some of his singles Beautiful Day, Sweet Serendipity, Silver Lining sold 186,000, 44,000, 11,000 copies respectively.

He has been involved in many charitable works and has worked with an organization who work for a humanity purpose. He joined The Heart Foundation's, "One for the Heart" campaign on July 2012 and has contributed a lot to the cause.

He offered a free download of his hit song Fight to those who donate to the campaign. He even performed at the Gateway for Cancer Research's annual Cures Gala charity event and Stars On Staff charitable event held by Music in Schools Today.

After a month, he performed at a fundraiser event at Kringle Mingle for the Covenant Healthcare's Covenant Kids Foundation. After a year, he raised funds for several charities by performing at the Chicago Auto Show's First Look For Charity.

DeWyze is married to actress and model Jonna Walsh since July 21, 2012, after being engaged for a year. The couple first met in October 2010 while shooting for DeWyze's single, Sweet Serendipity. Their marriage took place at Maravilla Gardens in Camarillo, Calif which was a vintage themed wedding.

DeWyze has four tattoos on his body. One is the lyrics form a cla s sic Cat Stevens song stating " Lord, my body has been a good friend but I won't need it when I reach the end', another one is of a silhouette of the Chicago Flag. He has a tattoo of a tree in his right arm and on his left arm, there is a Shel Silverstein illustration.

DeWyze has a fear of clowns and heights. He plays many instruments like guitar, piano, & drums and loves playing scrabble as a hobby. As a pet lover, he owns an English Bulldog named Capone.

Here is a video presenting artist Lee DeWyze answering questions on a rapid fire round.