LeBrons James is Having the Time of his Life, his Vacation in Pictures 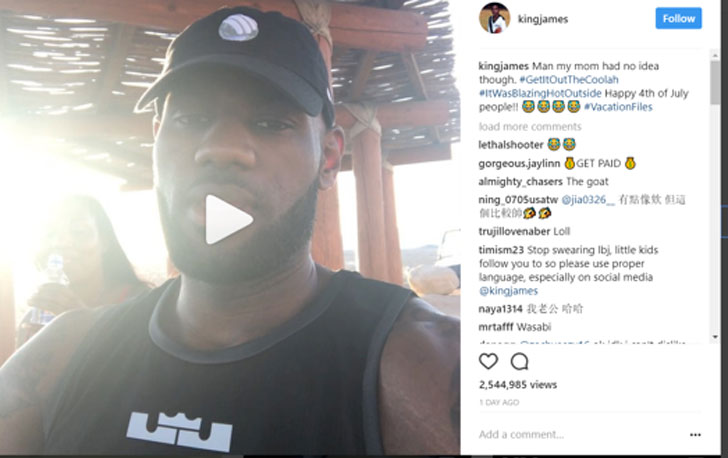 LeBron James is enjoying his vacations with his family somewhere in the tropical region. In a video posted on His Instagram on July 5, James is seen laughing vigorously.

Man my mom had no idea though. #GetItOutTheCoolah #ItWasBlazingHotOutside Happy 4th of July people!!  #VacationFiles

Moreover, in the video, he has explained a random story about how his mom misunderstood lyrics his son was singing; explaining it, he couldn't hold his laughter. It seems to be the funniest thing happened with him ever.

The video is also posted by the NBA Skits which got famous among his fans and some of them have speculated he is trying to be refreshed after his heartbreaking loss to the Golden State 4-1 on 1st June in the NBA Finals.

One of his fans tweeted mentioning the same thing as:

He needed to relax after losing 1-4

Well, after the regular season finishes, all the players are having their happy time with their beloved ones either it's their family or close friends and The Cleveland Cavaliers' James is indulging his time out in Malaysia(possibly) with his mother and son.