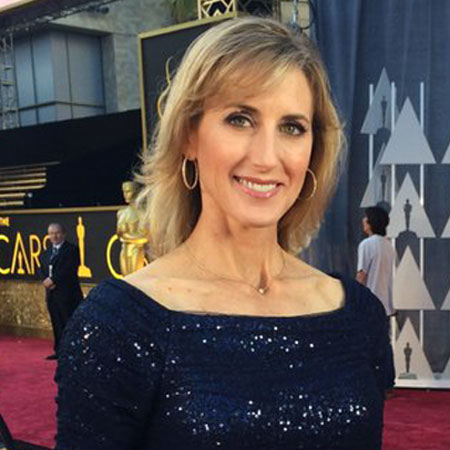 Leanne Suter, age 49, is a general a s signment reporter for ABC7 Eyewitness News. She previously worked as a co-host on the No. 1–rated morning drive time radio show at WGRD.

Leanne Suter was born on 7th November 1967, in Columbus, Ohio, United States of America. She doesn't belong to any particular ethnicity and nationality wise she is an American. After completing her high school, she attended The Ohio State University, where she earned a degree in journalism.

Leanne Suter began her TV career while in college working at WSYX in Columbus, OH. During the 1992 and 1996 presidential election, Leanne worked for the White House press pool in Ohio, Indiana, and Michigan as an a s sociate field producer.

After that, Leanne Suter moved on to work as a reporter in Akron, OH, and Grand Rapids, MI. While she was working for the Grand Rapids, she also worked as a co-host on the No. 1 –rated morning drive time radio show at WGRD.

Leanne Suter then went to Los Angeles in 1998, where she served as a general a s signment reporter and fill-in anchor at KCAL. Leanne also worked in the station’s Inland Empire bureau for two years, winning an Emmy for her work.

Leanne Suter is a married woman. She has been married to Mark Watters. The couple has two children, a son, and a daughter together. In 2007, Mark Waters got into a plane crash off the coast of Florida near Casey Key. He is the chief pilot for Midwest air carrier.

He was the pilot of a helicopter off to a photo shoot for a boating magazine. Both the photographers died leaving Mark in a critical condition.

Leanne Suter herself made it the news headlines after she was shot with a BB gun pellet while reporting live weather news from Fontana at 6 pm. Police officers came to the venue a few minutes later to find two boys, aged 16 and 17, in possession of several BB guns inside their house.  The teen boys were arrested on suspicion of deadly weapon possessing and felony a s sault. Suter was hospitalized later.

Leanne Suter is an Emmy award-winning reporter. Her husband is a famous pilot. She most probably has a good net-worth. However, exact figures aren't known. ABC is known to pay its reporters and anchors well. Suter works for ABC 7 Eyewitness news, her salary is obviously good as well.