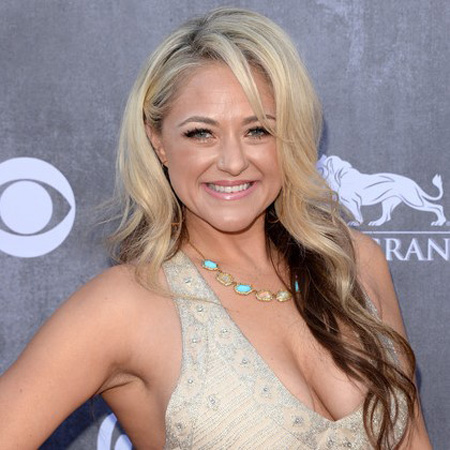 Leah Turner is an American singer as well as a songwriter who released her debut album on Columbia Records in 2014. Her song Take the Keys was among the Top 40 hit at country radio.

Leah Turner was born on 29th July 1987 in California, United States of America.  She belongs to white ethnicity and holds an America nationality.

Turner is the daughter of a championship rodeo header and grew up in a Morongo Valley, California ranch.

Turner went to the University of California, Santa Barbara where she took a music & songwriter classes. During the period in University, she sang a song in front of American singer-songwriter & guitarist, Kenny Loggins.

Loggins convinced her to move to Los Angeles, California to pursue her career in music.

Leah Turner is a country music singer who began her career working with David Foster and Humberto Gatica.  In 2013, she signed with Columbia Nashville and the same year on October 7, she released her debut single, Take the Keys.

The song was co-written by Jesse Frasure and Cary Barlowe and ranked number 60 on the Billboard Country Airplay chart.

The following year, Turner released her second single Pull Me Back which lasted one week on the Billboard Country Airplay chart number 52.

In the year, 2015 Turner released her music video, Cowboy’s Lover which was directed by Michael Maples.

The talent singer, Leah Turner is currently single and not dating anyone. She is busy to pursue her career.

Turner had a few boyfriends in the past but because of her secretive nature, she keeps her love life away from the highlight and her past affairs is unknown.

As an incredibly talented singer, Leah Turner earns a lucrative amount of money from her career.  Leah Turner's   exact net worth has not disclosed yet. However, It can assume that she enjoys her net worth in six-figures.