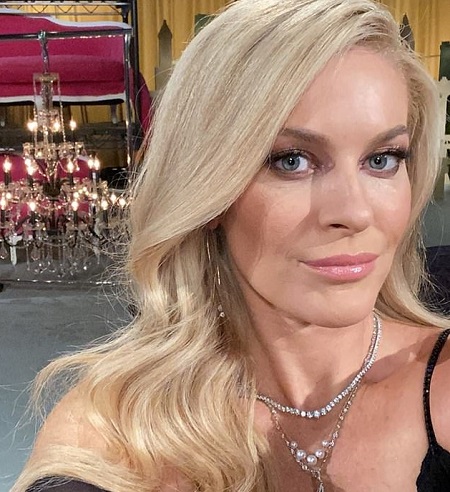 Leah McSweeney is a famous American television personality and fashion designer who is the founder of a women’s streetwear line called Married to the Mob. In 2020, she appeared in the reality television series, The Real Housewives of New York City after Bethenny Frankel exit from the show.

Lean is of American nationality and was raised in an Irish-Italian family. She has a sister named Sarah McSweeney and a brother named Daniel McSweeney.

Talking about Leah’s sister Sarah, she is a model, singer, and investigator. As a singer, she released songs like Ignite the Fire and Pura Vida. She is married to husband Russell Steinberg and has a daughter, Cecelia Marie.

Regarding Leah’s education, she studied at Convent of the Sacred Heart and attended the Fashion Institute of Technology. She also attended the State University of New York.

Leah is a fashion designer and reality television personality. She is the founder of women’s streetwear line, Married to the Mob. She founded the streetwear line in 2004.

Regarding her television career, she made television debut in 2010 appearing in The Millionaire Matchmaker. In 2013, she starred in Celebrity Page and two years later in Love & Hip Hop: New York.

In 2020, Leah stars in the reality television show, The Real Housewives of New York City. Likewise, she also starred in Watch What Happens Live with Andy Cohen.

Talking about Leah McSweeney’s net worth in 2020, she is reported to have a net worth of $2 million. She earns a high figure f money from her streetwear line. Her streetwear line has collaborated with brands like Kangol, Reebok, Nike, Colette, MCM, and others, which brings her a huge fortune.

According to Page Six, Leah bumped to $10 thousand per episode of the second year on RHONY.

Personal Life; She Is The Mother Of A Child

Currently, Leah has not disclosed her relationship status. It is not clear if she is still together with the biological father of her child or is currently single. If she is dating, she might be dating her boyfriend privately, as she has not made any headlines and public appearances.

Once Leah posted a picture with a mysterious man with a caption, Get yourself a cute financial advisor. But, now the post is deleted.

Leah is the mother of a child, daughter Kiki. She welcomed her daughter with Rob Cristofaro. Her former partner is the art director who worked in the art department in Married to the Mob. Likewise, he is also the founder of the accessories line, Alife. 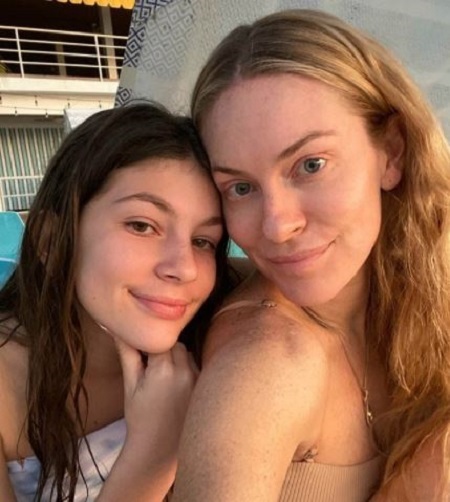 As per sources, Leah and Rob started dating in 2004 and welcomed their daughter in 2006. After four years of relationship, they broke up. Now, they are in good terms and are jointly parenting their daughter.