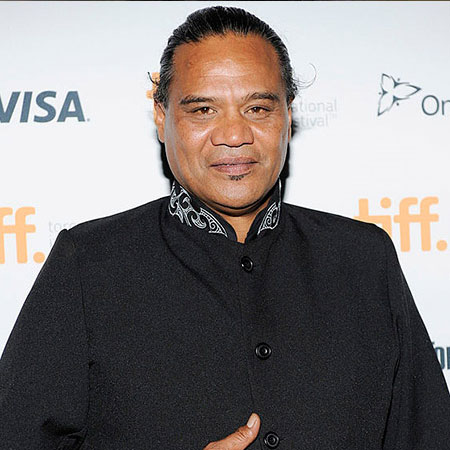 The Kiwi actor, Lawrence Makoare started his journey in movies as a stuntman and first appeared on screen in 1994 in Rapa Nui as Atta. He is best known for his works in both The Lord of the Rings Trilogy and its prequel trilogy The Hobbit.

Lawrence Makoare was born in Bastion Point, Auckland, New Zealand on March 20, 1968. He is a Pisces. He holds a New Zealander (Kiwi) nationality.

Makoare was first noticed by the drama teacher while picking his girlfriend from drama cla s s because of his impressive height. Later, he started his film career as a stuntman and his first screen appearance came in 1994 in Rapa Nui. Later, he worked in numerous movies but got his breakthrough in The Lord of the Rings and The Hobbit film trilogies.

The actor is popular among audiences for his role in Xena: Warrior Princess starring Lucy Lawless and Renee O'Connor. Some of his notable screen credit includes The Fellowship of the Ring, The Return of the King, The Hobbit: The Desolation of Smaug, Die Another Day and others.

Lawrence Makoare is active in the film industry since 1994 and he has worked on numerous movies so far. Considering his career growth his net worth can be expected in six digit figure.

CAPTION: Lawrence Makoare from the set of Lord of the Ring. SOURCE: Pinterest

Kiwi actors earn NZ$61,000 from their roles in the movies but Makoare is quite popular and experienced artist due to which his salary can be speculated more than average. He was starred in the film series like The Lord of the Rings which collected $2.9 billion at the box office against the budget of $281 million.

Lawrence Makoare's relationship status has always been a mystery to his fans, however, sources reported he has five children from his previous relationships. His children are Sharai, Hore, Harley, Billie, and Jesse but Makoare is yet to open up about the mothers of his five children.