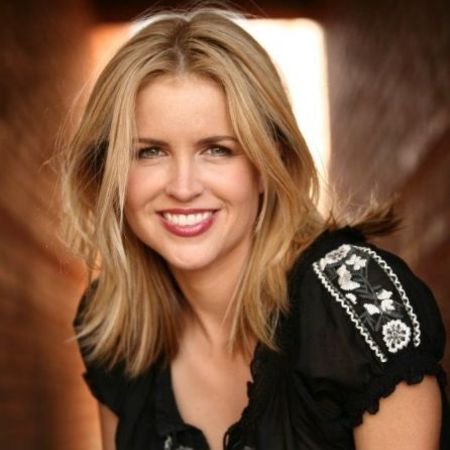 American actress Laurie Fortier got famous with her debut television series Running the Halls. Later, she got much appreciation from her role in television series such as Push, Hemlock Grove, and Unsolved. Not only from the small screen, but the actress is also known for her silver screen presence The Red Maple Leaf, for her role she won two Action on Film Spotlight Awards.

Laurie Fortier was born on 25th February 1974, in Pasadena, California, United States. She belongs to white ethnicity and holds the American nationality by birth.

She is the daughter of  Linda Fortier. Her father and uncle both are doctors by profession. She grew up in her home town California. She was titled as Rose Princess in the 103rd Tournament of Roses Parade on 1st January 1992.

She played soccer while she was studying at the Flintridge Prep high school. She graduated from Saint Mary's College in Morago, California.

Laurie Fortier is one of the luckiest actresses who got a major role in her first TV show Running the Halls along with Lackey Bevis and Pamela Bowen in 1993. Later she worked as a guest artist in television series Boy Meets World, Kirk, and Sliders. 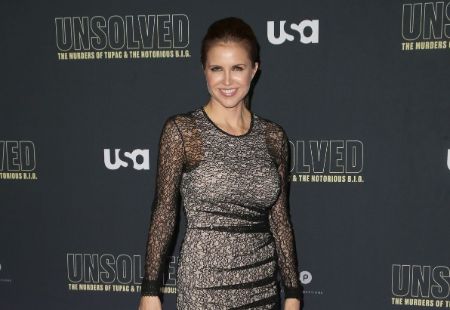 The actress made her feature film debut from the movie To Gillian on Her 37th Birthday in 1996. Two years later, she got her second major role project TV series Push. The actress showcased her acting skill in series including CSI: Miami, CSI: Crime Scene Investigation, No Ordinary Family, and CSI: NY.

The 46-year-old actress shared her screen with Franke Janssen, Bill Skarsgard, Landon Liboiron, and Penelope Mitchell in 2013 TV show Hemlock Grove. For her role in the movie The Red Maple Leaf, she won her first award at Action on Film International Film Festival for Best Supporting Actress and Outstanding Cast Performance along with James Caan, Robert Loggia, and Martin Landau.

In 2018, she appeared in television series Unsolved: The Murders of Tupac and the Notorious B.I.G. The following year she appeared in movie My Mom's Darkest Secrets. She last appeared in the 2020 feature film Into the Arms of Danger.

Laurie Fortier Has Earned $4 Million From Her 17 Years Career

Laurie Fortier has been working in the Hollywood entertainment industry for more than 17 years. From her work, she has collected $4 million net worth.

The actress has not revealed her salary and income. The average salary of a Hollywood actor and actress is around $50,000 per annum.

Like any other star in Hollywood, Laurie also moved to Los Angeles for her career. The average price of a home in Los Angeles is around $859,000.

Laurie Fortier was married to director Deran Sarafian. The couple dated for some time and exchanged marriage vows on 9th June 2000.

Laurie has two kids from her relationship with Sarafian; a daughter and a son. The couple got their divorce after some years. 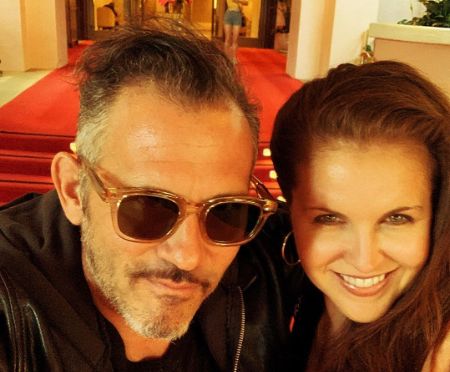 After her divorce, she is dating her mysterious boyfriend. She has uploaded pictures of her along with her beau; however, she has not revealed his name.