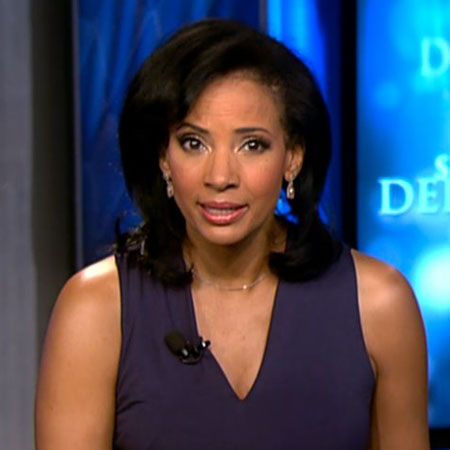 Lauren Susan Green is a beautiful, charming and adorable anchor working as the Chief Religion Correspondent for the Fox News Channel. She has worked as a headline anchor giving weekday updates at the top and bottom of the hour during morning television show named Fox and Friends.

She is the first black Miss Minnesota and the third runner up of Miss America.

Green was born on 30 July 1958, in Minneapolis, Minnesota, U.S. She is American by nationality and belongs to the black ethnic background. She is the youngest daughter born to Robert Green (her father) and Bessie Grissam Green (her mother). She has two sisters, Barbara and Lois and two brothers, Leslie and Kenneth.

Green attended the University of Minnesota, where she studied music as her main subject. She earned Bachelor's degree of Music in piano performance.

She then moved to the Medill School of Journalism at Northwestern University and graduated with the higher degree.

Green put her first step to her professional career in 1988 serving as a weekend news anchor and correspondent at WBBM-TV, CBS in Chicago. She worked there until 1993 and was assigned as general assignment reporter at KSTP-TV, ABC in St. Paul, Minnesota.

Besides her career as a journalist, she is a great concert pianist and has interviewed some of the outstanding people in the world of music. She released an album named Classic Beauty in 2004, which consists of classical piano music.

Green has also played keyboard for the band called The Little Rockers on the Fox News Channel's program named Huckabee. She has performed in the 90th birthday concert for George Ratzinger who is the brother of Pope Emeritus Benedict in January 2014.

Green currently serves as the Chief Religion Correspondent for the Fox News Channel (FNC). She officially joined Fox News in 1996. She has been working for FNC since a long time.

Green has reached the age of 58 now. She married her boyfriend, Ted Nikolis with whom she had an affair for several of years. The couple had a Big Fat Greek Cathedral Wedding on 2 May 2015, in New York City.

Nikolis first met her in true New York fashion. They have been in relation since that time. Though Green is famous for her beautiful looks, she is very kind and spiritual personality. She seems to be enjoying her lifestyle with her newly married husband.

Green took part in the Miss Minnesota competition in 1984 and successfully won the title in that event. She also became the third runner-up in Miss America held in 1985.

She stands an amazing height of 5 feet 11 inches. She has an attractive body size as well as good physique. She earning a well-deserved salary from her work and has maintained an impressive net worth around $2 million.