Lauren Conrad and Husband William Tell Is Expecting Baby No. 2 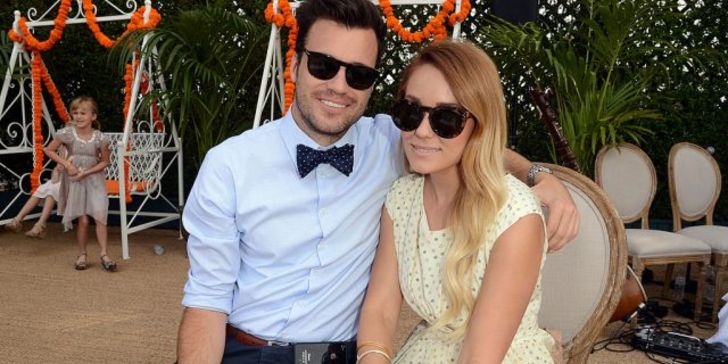 Actress, Lauren Conrad and her husband William Tell are again set to add a new member in their family.  Conrad disclosed about her pregnancy on her Instagram Platform on Tuesday morning. 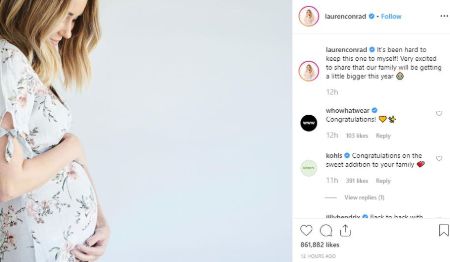 In the post, she has shared the picture of her wearing  a beautiful floral print dress for the image and is flaunting the baby bump to her six million fans with the caption,

It’s been hard to keep this one to myself! Very excited to share that our family will be getting a little bigger this year.

They are going to make their one-year-old son,  William 'Liam' James Tell who was born on July 5, 2017, a big brother.

The co-founder of The Little Market and her husband who is a lawyer shared the wedding vows on September 13, 2014, in a sunset ceremony at a boutique winery.

The family of three will now be blessed with the fourth member pretty soon. The husband-wife duo doesn't stray afar from sharing their special moments on socials.

The actress has always been very open about her life to all her fans and followers. While giving an interview in 2017, she once hinted her want to expand her family further. The statement goes like this,

I was looking at him the other day, and I was like, ‘I understand now why people keep having babies!’ We’ll probably have two. I think it’s best not to be outnumbered.

And finally here is the good news of the couple's new baby.

In her first pregnancy, she opted to find out the gender of her baby before birth. At that time while giving an interview to People magazine, she shared

I don’t really love surprises. I like to have all the information. And I was sharing my body with someone — so I wanted to know as much as possible about him.

I always hoped I would have a boy. Boys are so fun. I was a tomboy, and I always play best with boys. When we found out, I was so excited.

Well, her first baby was a baby boy, whom she always wanted. But, what is the gender of her unborn baby?

Congratulations to the couple!!!