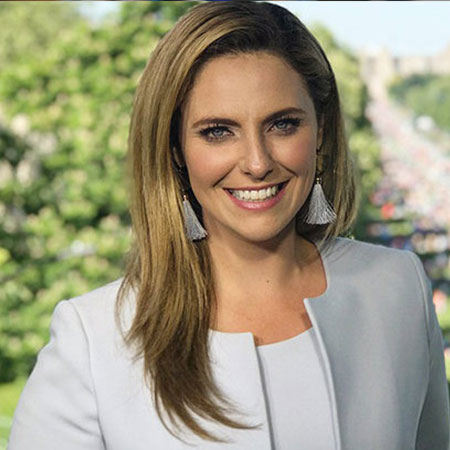 Born and raised in the United States of America, Lauren Blanchard is a popular Journalist. She works for a Fox News and started to gain fame as one of the most prominent national correspondents on the channel. Lauren is a huge cat lover and because of her love for a cat, she is known by another name Cat Mom.

Lauren Blanchard was born on 12 October in the United States of America under the zodiac sign of Libra. People under this zodiac sign are peaceful, fair and they hate being alone. Lauren holds an American nationality and belongs to Caucasian Ethnicity.  She has two brothers but their names have not been revealed yet. Lauren has yet to disclose her birth year.

Lauren went on to enroll at the University of Michigan in 2008. She completed her graduation with a Bachelor of Science in communication in 2012.

Lauren Blanchard started her career as a journalist when she was studying at the University of Michigan, where she did broadcast journalism. She was the director of her university's student-run TV station, WOLV-TV. Lauren did two-years of internship at LindyLazar Communications LLC before she graduated from University.

Alongside, she even interned at the Fox News Washington D.C bureau as part of the Fox News Channel University program. Her internship at Fox news was successful enough to get a job at the network. After four months she finally found a role on Fox News Sunday as a production a s sistant.

As the video shows below, Lauren Blanchard reporting about Explosion in Austin.

Lauren shadowed Bernie Sander's presidential campaign up until the Democratic primaries. She, as of 2019 serving as a news correspondent and is doing a fantastic job at the national news reporter.

Lauren Blanchard's net worth is not revealed yet but as a journalist, we can a s sume, she has earned a decent amount of money. According to the source, a correspondent working at the Fox News receives an average of $102,080.

Their salary varies from $93,653 to $109,739, higher-level post workers will get more than $117,854 including the bonus, equity and additional payments. She worked at WOLV-TV as an anchor/producer and after working there for a while she then officially joined Fox News Channel.

Blanchard got appointed as a production a s sistant for Fox News Sunday on September 2012. She was promoted to a junior reporter by Fox News on August 2013.

The media personality gained further popularity after she covered Prince Harry and Meghan Markle’s royal wedding, on 19th May 2018.

She has a beautiful cat named Isabel.

Lauren Blanchard is a beautiful Fox News correspondent and has also won many hearts of her fans. When it comes about her personal life, she is very protective and everyone is wondering if she is married or not.

Well, Blanchard is not married yet and is enjoying her single life. She seems quite focus on her work and doesn’t have any interest in relationships yet. She will eventually get married to someone, and he will be the luckiest husband but for now,  she is happy being one of the best reporters on the field.

She is a huge cat lover and enthusiast, because of her love towards the cat, she is even known by another name as Cat mom.

Taking about her online presence, she is active on social media such as Instagram and Twitter, and as of January 2019, she has 18.6 k followers and 8.7k followers respectively.