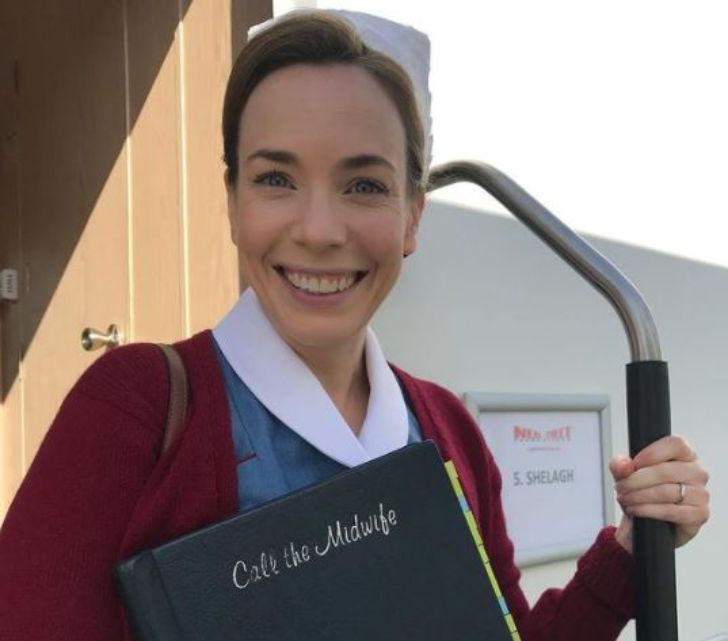 Scottish actress Laura Main set a firm career journey in acting after studying at Webber Douglas Academy of Dramatic Art and notably worked in theaters in the early days. She branched to on-screen in 2002, and it was after a decade of struggle she would earn her career breakthrough as Sister Bernadette/Sister Shelagh Turner in the TV series Call the Midwife (2012- Present).

Some of her applaudable theatre works include The Sound of Music, Aberdeen Student Show, Romeo and Juliet, State Fair, and Shrek The Musical.

Born on March 8, 1981, in Aberdeen, Scotland, the UK, Laura's birth name is Laura Ann Main. She is the youngest of three children (all girls) to Robert Main, a now-retired fish merchant, and Lorna, a primary school teacher-turned-housewife. She is Scottish by nationality and belongs to white ethnicity.

While attending Hazlehead Academy, Laura also took dance lessons at the Danscentre in Aberdeen. She credits her dance teacher Kerry inspired her to follow her passion into acting. After graduation, Laura Main enrolled at the University of Aberdeen in Scotland to study history before she went to London and attended Webber Douglas Academy of Dramatic Art.

Career In Acting and Breakthrough From 'Call The Midwife'

Upon graduation from the acting academy, it was quite a tough journey for the American actress to grab her break. Having worked in commercials as a temp, Laura then worked as a full-time receptionist for designer Jasper Conran.

In 2002, Laura Main made her TV debut as a guest-cast in Is Harry on the Boat? and subsequently, worked in The Forsyte Saga (2003), Trevor's World of Sport (2003), and Monarch of the Glen (2004). Then, she began to gather TV recognition as DC Alison Bain in Murder City (2004-06) co-starring Amanda Donohoe, Kris Marshall & Connor McIntyre.

After a decade of on-screen struggle, the Scotland-born made her TV breakthrough as Sister Bernadette/ Sister Shelagh Turner in the BBC period drama series Call the Midwife (2012- Present). There, she shares the screen with Stephen McGann (on-screen husband), Jenny Agutter, Vanessa Redgrave, Judy Parfitt, Jessica Raine, and Miranda Hart.

In addition to that, she lent her vocals for several songs on the official Call The Midwife album.

How Much Is Net Worth Of Laura Main?

Online sources estimate that Laura Main has a net worth of $1 million as of 2021. A majority of her earnings come through her on-screen venture, notably from Call the Midwife along with some recognized works in Murder City and The Mill. In addition to TV acting, she collects a decent sum from stage appearances.

Although the exact figure of the cast of Call the Midwife is yet to be out, prominent TV screen figures such as Main potentially earn tens of thousand dollars per episode. In the United Kingdom, the average salary of an actor is  £27,367 per year or £14.03 per hour.

Laura Main, a Scottish actress is an avid user of social media platforms; her Instagram (@lauramain1) and Twitter account (@LauraMain1) has more than 27.2K followers and 38.4K followers respectively. Most, she posts about her professional career updates and shares a good bond with her co-stars.

She is active in charity works as well; the actress competed and even more, won the Strictly Come Dancing Children in Need special in 2015, partnering with Brendan Cole.

And speaking of her relationship, Laura prefers to keep it low-key at the moment. She is not married yet or has officially disclosed any dating story or boyfriend. In a 2019 interview with The Irish News, Main admitted that she 'hopes to have a family of her own one day.'

CAPTION: Stephen McGlynn, the ex-boyfriend of Laura Main; they broke up after 5 years of dating SOURCE: [email protected]

In the past, she was in a relationship with her then-boyfriend Stephen McGlynn. They reportedly began dating in 2012 but broke up after 5 years in May 2017, and confirmed the split with Sunday Post, "If anyone were to look on the internet they would think I was still in a relationship, but let’s just say I am now single."