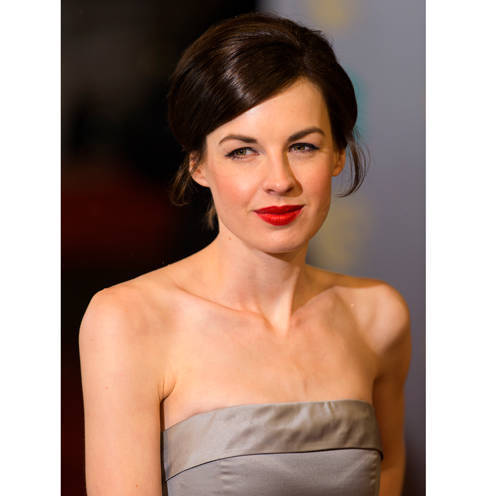 She looks like a goddess when it comes to her looks. She is a mind-blowing actress and her amazing work in TV shows and movies can blow anyone away. She is none other than the very pretty Jessica Raine.

She is known for playing midwife Jenny Lee in the first three series of BBC One drama Call the Midwife. She was nominated for 2014 Critics' Choice Television Awards under the Best Supporting Actress in a Movie or Mini-Series.

She belongs to Caucasian ethnicity and holds a British nationality.  She is very natural when it comes to her acting and she has a strong fan base all over the world.

She knew her goals since her childhood as she decided to portray the most beautiful roles in TV shows and movies since the age of 13. She went to theatres to improve her acting skills. She went to the theatre called Eardisley Little Theatre at a very early age of 13.

She went to the university called the University of the West of England for her degree in the field of drama and cultural studies.

Jessica Raine has been simply mesmerizing with her work in TV shows and movies and this has taken her stardom to a whole new level. She played the role of Cath in a short film called Elsewhere in the year 2011.

Raine played the role of Nanny in a movie called The Woman in Black and her work in that movie was simply outstanding. She has been great with her work on TV shows as well.

She played the role of Jenny Lee in a very popular TV show called Call the Midwife form the year 2012 to the year 2014. She is recognized by many people for her that role. Other TV shows to her credits are Doctor Who, Wolf Hall and An Adventure in Space and Time.

She has also appeared in the mini-series such as Patrick Melrose, Informer, Baptiste. Her recent appearance is in the Carmilla and Benjamin.

English actress Jessica Raine has worked on numerous television series and movies. From her embellishing successful career, she is earning a decent amount of money. However, her actual net worth is yet to be revealed.

Married To Love Tom Goodman-Hill since 2015

Together the couple has welcomed their first child in February 2019 as a Son. However, the couple has preferred to keep their personal life away from the media.

As their relationship is going very strong there is almost no chance of a split up.