Laura Bush's Mother Jenna Welch Died At The Age Of 99 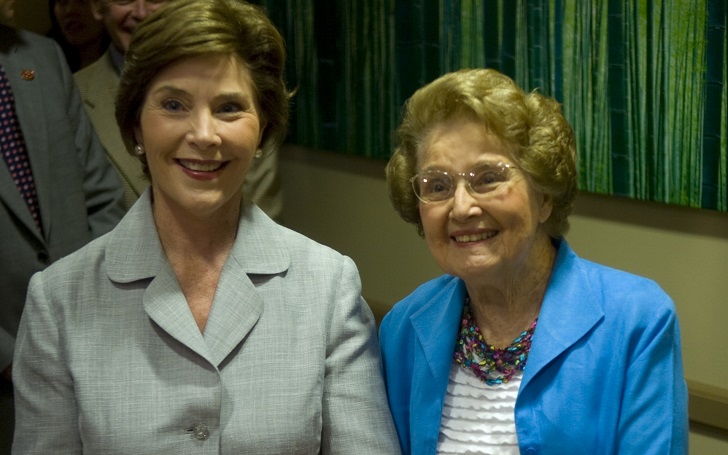 The Mother Of Former First Lady Laura Bush, Jenna Welch, Has Died In Texas At The Age Of 99.

Laura Bush’s mother and the Bush twins’ grandmother, Jenna Welch, has died on Friday at her home in Midland, Texas. She was 99 years old.

The Bush family took their Instagram on Sunday to pay tributes to Jenna in honor of Mothers’ Day.

Bush Hager revealed that Jenna died on Friday. She claimed how lucky she was to be named after a woman who taught her to slow down and appreciate every bird and plants in West Texas.

She read us poetry and taught us about every constellation in the sky. Her kindness and graciousness were as expansive as the West Texas horizon.

On the other side, Bush also expressed her joy that her grandmother would be reunited with her grandfather who died back in 1995.

As per CNN article published in 2001, Jenna was a bookkeeper for her husband Harold who worked as a house builder-turned-real estate developer.

The younger twin also shared a series of photo.

Laura also took her Instagram to pay tribute to her mother. She posted a picture writing This Mother’s Day, I’m remembering my mother, who passed away at the age of 99 on Friday morning.

She continued writing: Our family is grateful for her long and wonderful life. We miss her dearly.

The former first lady has time and often talked and discussed how her mother had always encouraged reading during her childhood.

The news of Jenna’s death flashes a little more than a year after Bush matriarch Barbara Bush died in April 2018.