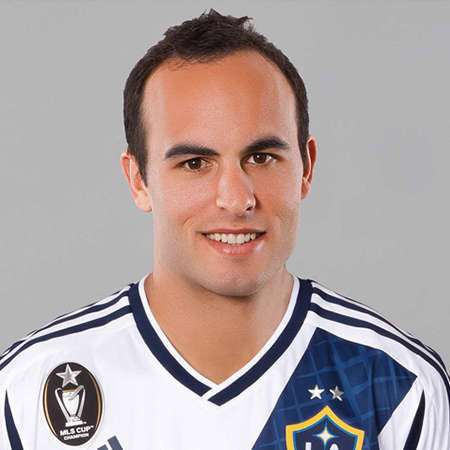 All time top goal scorer and probably the best soccer player of all time with numerous awards and most number of caps, Landon Timothy Donovan plays currently in the forward position for the Los Angeles Galaxy. Also an important player of the USA men’s national soccer team he is the only player to reach the 50 goals/50 assists mark, four time winner of the US Soccer Athlete of the Year and also the holder of five Major League Soccer Cups. Landon is a holder of numerous record breaking awards and is probably one of the most prominent players of his nation.

Landon was born on March 4th, 1982 in Ontario, California. He was made to join an organized league Cal Heat whereby he scored seven goals in his very first game. His exquisite talent led him to be accepted into the US Youth Soccer’s Olympic Development Program on 1997. Donovan completed his education with the Redlands East Valley High School in his hometown and learned professional soccer in the IMG Academy in Florida.

On 1999, the German club Bayer Leverkusen signed Donovan into a six year contract after its sporting director spotted him at a youth tournament in Europe. His lack of interest and catching up with the German Culture led him to spend more time training with the under 17 national team. Donovan was then loaned into the San Jose Earthquakes of Major League Soccer for the 2001 season. His success in the MLS led the Earthquakes to the MLS Cup championships in the 2001 and 2003 season, leading him to become well known in his country. In the four years he was in the team, Donovan scored 32 goals in 29 assists in the league matches, 10 goals in six assists in the playoffs. He contributed two of these goals 2003 MLS Cup win against Chicago Fire and thus was named the Man of the Match. The same year, Donovan was named the U.S Soccer Athlete of the Year. After obtaining the same title in 2004, he became the first American to be named U.S Soccer Athlete of the Year for three consecutive years.

On 2005, he returned to his former team Bayer Leverkusen and after seven games wanted to get back to MLS. However his rights had already been traded away to his current team Los Angeles Galaxy. In the first season with the team, he scored a total of sixteen goals in eleven assists, four goals and one assists among this was for the MLS Cup Finals where Galaxy won. This was his third MLS championship thus naming him the MLS All Time Best XI after the season.  In his second season, he scored twelve goals and eight assists in the league matches and three goals in the Open Cup. Despite losing the Open Cup to the Chicago Fire, his playoff goals make him MLS’ second all time leading scorer with fourteen goals.

2007 led him to hand over his captaincy to David Becham, but was the top scorer in the SuperLiga tournament. E scored one goal in every game except the final and had eighty four all time regular season goals, thus putting him in the seventh place of the all time scoring list.  On 2008, Donovan scored twenty goals in twenty five games despite the team having a disappointing season. As of 2009, with the loan of David Beckham to AC Milan, Donovan was returned his captainship permanently. Some problems arose between him and Beckham after he made some rude comments about Beckham being a poor captain and team mate to a reporter. They later reconciled after he apologized and after Beckham’s return to Los Angeles. Donovan had an awesome 2009 campaign after winning the league’s Most Valuable Player, MLS Goal of the Year 2009 and led Galaxy to the finals MLS Cup the very same year. He agreed to a four year extension with the club with clauses to allow him to be loaned to other teams during the MLS offseason. On August 1, 2010 he scored the 100th goal of his MLS career and became the all time leading scorer for the team on September 18, 2010.  The same year, Galaxy won the Supporters’ Shield. Galaxy won the same title the following season. Donovan secured his 4th MLS Cup title in the 2011 MLS Cup, where he scored a title winning goal against Houston Dynamo. He was named the MLS Cup MVP. He did the same in the 2012 season leading Galaxy to win the MLS Cup 2012.

Donovan handed over his captaincy to Robbie Keane in the 2013 season and was the top MLS goal scorer with 134 goals along with Jeff Cunningham. He broke the record with two more goals against the Philadelphia Union.

His loans to other clubs included one to Bayern Munich on November 2008 whereby he appeared in five friendlies with four goals, five league games and one match for the DFB Cup. He declined to extend his loan at the end of the loan period.

Donovan was loaned after the 2009 MLS season into the English Premier League side Everton on January 2010. He played a total of thirteen games with two goals along with being named the club’s Player of the Month. Donovan spent another two months at Everton beginning in January 2012 and in a total of 7 assists, scored three goals.

As for the international arena, Donovan won the Golden Ball at the 1999 FIFA U-17 World Championship as the tournament’s best player. He scored a total of 35 goals in 41 appearances. In 2000, he was moved into the US U-23 men’s national soccer team as well as to the senior team and for the U-20 team in 2001.

Donovan’s World Cup Finals debut was in the 2002 World Cup against Portugal, scored his first World Cup goal against Poland and his second against Mexico. He was named the Best Young Player of the tournament. He became the United States’ all time assist leader with twenty- three on 2006. He was a member of the 2006 World Cup squad, and led US to the 2007 Gold Cup title with four goals. Donovan reached 100 caps at the age of 26 on June 8, 2008 as the fourth youngest person to do so.

Donovan captained the group stage of the 2009 FIFA Confederations Cup for the US and was included in the 2010 World Cup Squad. He scored many crucial and astonishing goals in the season and made himself the highest scoring American man in World Cup History that year, along with being the third one to score in more than one World Cup.

Donovan missed the first three World Cup Qualifiers on 2013 the consequence of which led to him being off the squad for the year’s World Cup. He was recalled however for the 2013 CONCACAF Gold Cup. He became the first US player to reach the 50th international goal mark, and the fourth in CONCACAF to score fifty international goals on July 2013. He also became the first player to reach the 50 goals, 50 assists level. He has been left off the national team roster for the 2014 World Cup in Brazil.

This player with record breaking playing history has a height of 5 feet 8 inch and a weight of 70 kg. His salary for the Galaxy is 2.3 million dollars annually and his net worth is 4 million dollars according to the transfer market. He is married and his spouse is actress Bianca Kajilch on December 31, 2006 and separated on July 2009. They got divorced on December 2010 and he lives currently in Manhattan Beach, California. At the age of 32, he has achieved all there is in the soccer field and will certainly continue doing so for many more years to come. 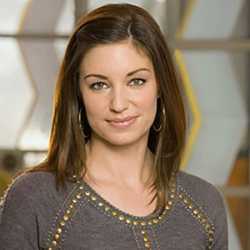