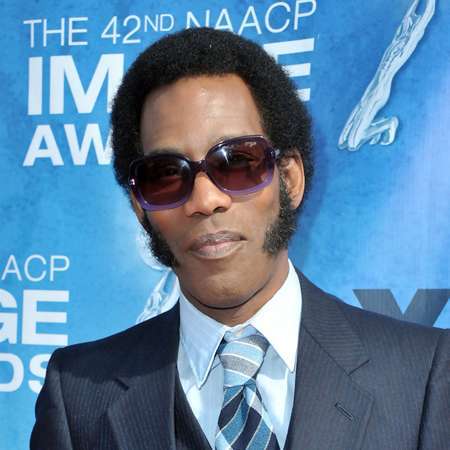 Lance Robertson is an American musician, singer, and DJ. He has also built a successful career as an actor who is better known for his role as DJ Lance Rock on the Nick Jr. show Yo Gabba Gabba!. He also toured with rock band The Aquabats performing kid-friendly DJ sets.

Lance Robertson was born on April 5, 1965. This 50 years musician's birthplace is St. Louis, Missouri, United States of America. He was born from American parents and he is originally from St. Louis, Missouri. His star sign is Aries. His nationality is America. Lance is an Afro- American as per his ethnicity. Lance being a star there is no update about his father, mother, and siblings.

Robertson attended Hazelwood East High School. He graduated in 1983 from Hazelwood. He was very active in music from his student life. In 1990, he was the lead vocalist for a local electronic band named My Other Self.

Later he moved to Los Angeles. During his working days at Amoeba Records, he was renowned for his work through his band The Raymakers, which was a local indie rock band. He met Scott Schultz, who belonged to Orange County indie-pop band Majestic during his time at The Raymakers. After a year he was offered to serve as host on Schultz's show Yo Gabba Gabba!.

Despite his appearance on Yo Gabba Gabba!, Robertson is also active on the tours with The Aquabats. He also performs for kid-friendly DJ sets and dancing with the monster "cast". He has kept information about his future plan in mystery.

According to him, he has worked very hard to be where he is currently. He is very much happy with his show and he has wished to continue in the future too. Lance's show is getting popular day by day and he is growing as a big superstar.

In the year 2013, Lance appeared in the movie I Am Divine sharing the screen along with John Waters and Tammie Brown.

Lance Robertson's Net Worth And Earnings

Lance Robertson has collected a large amount of money from his multiple professions. In 2019, according to celebrity net worth, Lance's estimated net worth is around $2 million.

Robertson primarily collects such a hefty amount of money as a musician, singer, and actor.

Also Read, One Of The Highest Paid Television Actors Hugh Laurie: How Much Is His Net Worth?

Lance Robertson is not married yet and is also not dating anyone at present officially at present.

Robertson's sexual orientation seems to be straight. He has never expressed himself as a bisexual or gay. He was linked with the woman in the past but no confirmation was made by Lance. He was also spotted numerous times with his girlfriend but later Lance turns down the news about the affair and termed her as a good friend.

Lance is not married yet. According to him, he is single and very much happy with his life. Lance may be looking for a perfect match or maybe he is concentrating on his future career. Besides his musical career, he is a great fan of sports and also attends many sports event around the globe. According to Lance's friend he is the guys with a very kind heart and with loving nature.

Lance has a dashing personality and good looks. He has a tall figure, which measures 6 feet. He has dark black hair and dark brown eyes. He stands unique with his afro look hairstyle. Lance is also very health conscious he has maintained his body posture in perfect order. He regularly visits the gym.