Ladies of London star Marissa Hermer Married restaurateur Matt Hermer in 2010, how is their Relationship going on? 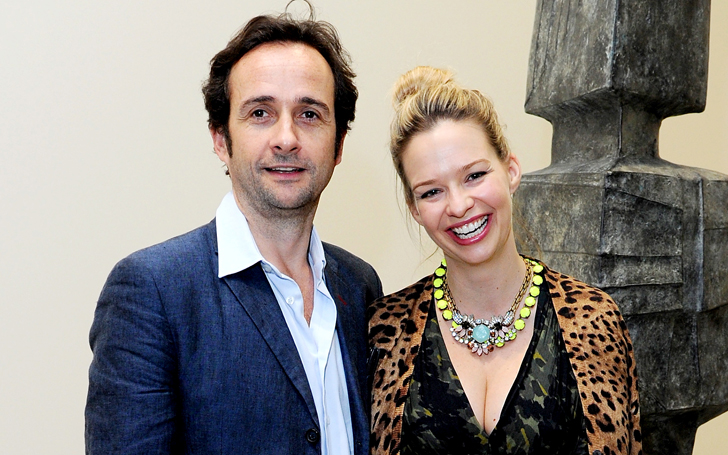 The American reality show on Bravo, Ladies of London, chronicles the lives of six women including Marissa Hermer was a huge success. Even though the show got canceled on May 31, 2017, fans are still curious about the life of the stars of the show.

Marissa tied the knot to London nightclub owner and restaurateur Matt Hermer. The couple is married for over seven years by now and is blessed with three children. Are they happily married?

Marissa Hermer And Matt Hermer Tied The Knot in 2010: Are they Happily Married?

Ladies of London star Marissa Hermer and her husband Matt Hermer are currently living seven years of married life. After Marissa moved to London, she met her future husband Matt in 2008.

After dating for some time, the couple tied the knot in 2010. They together are blessed with three children. They welcomed their first child, a son, Max Hermer in 2012 followed by another son, Jake Hermer in April 2014 and daughter, Sadie Hermer on April 21, 2016.

The family of five moved to California in early 2017 and currently, they are enjoying their living in California. Marissa expressed her happiness and said:

"Everyone seems to be thriving in California. The kids absolutely love it. Sadie's pretty much happy anywhere. She just sort of giggles and drools, and she's happy,"

The mother of three added that her sons are more happy saying:

"But the boys are so happy. They have a lot of space to run around, they've got sunshine. We have a big backyard. Our house is much bigger than it is in London. So they're really sort of soaking it up. We spend several mornings of the week on the beach. They've never had that before."

The pair definitely has a blissful relationship, and there are no divorce or affairs rumors between them.

The happy duo, Marissa, and Matt love vacationing a lot along with their children and Marissa often shares about her holidays on Instagram time and again.

Marissa Hermer: Diagnosed With Placenta Accreta During Her Third Pregnancy

Shorty after Marissa found out being her third baby, she was diagnosed with placenta accreta. At the time, the reality star faced a health scare and coped with postnatal depression.

All those heartbreaking moments were captured in the show Ladies of London and during the premiere of the show, Marissa expressed her fear for her unborn baby.

Marissa gave birth to her third child, Sadie Hermer on April 21, 2016, during the premiere of the third season of Ladies of London.

Sharing her experience, she said to The Daily Dish:

She also shared her husband Matt was supportive in all those scary times:

"Thank goodness I have him with me and supporting me through this. He's amazing. He literally is my rock. He was very steady the entire time and supportive. In the hospital, it was exactly what I needed. He's great. I don't know what else to say. But he's been incredibly supportive, incredibly nurturing, very protective, and he definitely knows me better than I know myself."

Currently, Marissa and Sadie both are doing well.