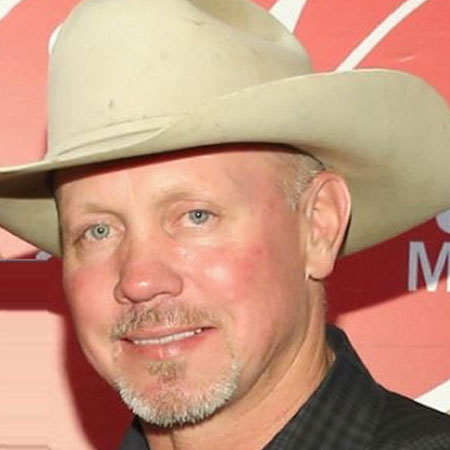 Born in Nebraska, a Midwestern US state, Ladd Drummond is the owner of Drummond Land and Cattle Company along with his brother and father. Besides, he is known for being the husband of an American blogger, author, food writer, photographer as well as a television personality, Ree Drummond.

Ladd Drummond was born on 22nd January 1969, in Nebraska, the US under the birth sign Aquarius. He was born to father Chuck Drummond and mother Nan Olsen.

He grew up with his brothers, Todd and Tim in Pawhuska, Oklahoma. Unfortunately, Ladd lost his brother, Todd, to a car accident. He went to Pawhuska High School, and then Arizona State University. Later, his family moved back to the ranch.

Ladd Drummond is the co-owner of 'Drummond Ranch' which was inherited from his forefathers to him. On average, he raises 2.5k heads of cattle and horses on this vast piece of land. He runs the Ranch along with his father and brother in a s sociation with his cousin, Thatcher Drummond.

Moreover, his family also owns Oklahoma Cattlemen's Association and The Mercantile, a restaurant, and retail store. His family is the 17th-largest landowner in the US. Despite all his achievements, many people criticized his ranching techniques.

In 2013, Drummond was named as the 17th largest landowners in the country by the Modern Farmer magazine.

As of 2019, Ladd Drummond's net worth is $200 million, reported celebrity net worth. The tabloid further reported as a family they own a ma s sive 433,000 acres of land which is over 675 square miles. It reported the family is the 23rd largest landowner in the United States in 2019.

As per the government report, the family has received over $24 million in rent from the United States government alone in last one decade where most of the rent payments have been made to continue supporting animal protection.

As per the Daily Mail report, the government has paid an average of $2 million a year to keep burros and wild horses on the estate.

On the other hand, his wife estimated net worth is $5 million. She made her notable appearances in the number of movies as well as Tv series.

Ladd Drummond is married to Anne Marie Smith since September 21, 1996. The lovebirds jetted to Australia for their honeymoon. His wife Smith is a famous blogger, photographer, bestselling author, as well as a cook show host.

The couple is blessed with four children; Alex Drummond, Paige Drummond, Bryce Drummond, and Todd Drummond. They have homeschooled their sons. Their daughters, Alex went to the Texas A&M University, and Paige joined the University of Arkansas.

Ladd Drummond made headlines at his reception party just to attend a football match. He is an avid football lover and a huge supporter of Sun Devils.

Moreover, Ladd gifted a diesel lawn mower as a wedding gift to his wife. Ree is an active blogger and often shares the lifestyle of the Drummond family at the ranch and she refers her husband as "the Marlboro Man" in her books and her blogs.

You May Also Like: Bobby Flay, Ina Garten, Rachael Ray