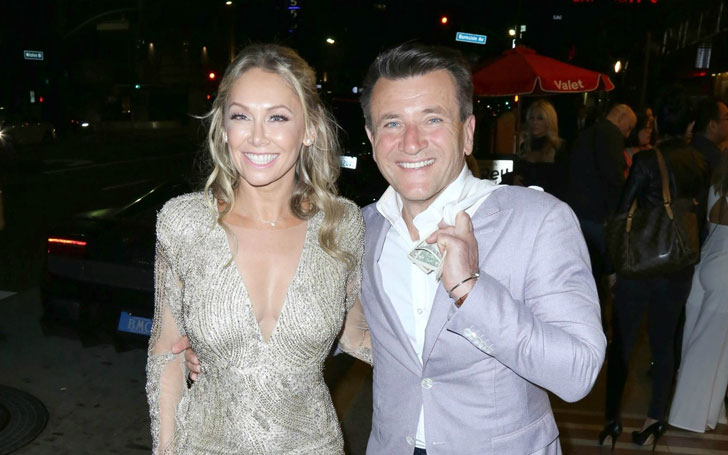 Australian professional ballroom dancer and television performer, Kym Johnson and her husband Robert Herjavec are all set to welcome twins together.

The to-be-mom announced the big news in December 2017 and most recently Australia's Dancing With The Stars pro revealed her plans to move to Australia after the arrival of her twins. We have all details here.

The 41-year-old dancer Kym Johnson and her husband Shark Tank star Robert Herjavec are extending the family. The family of two is going to be four as Johnson is expecting twins.

Now six months pregnant Jonson took to Instagram to share the news of her pregnancy among her fans on 15 December 2017.

In the shared post, she flashed her baby bump and wrote:

Johnson who most recently appeared in G'Day the USA Los Angeles Black Tie Gala alongside her husband said to News Crop that she feels lucky to be pregnant. She expressed her excitement:

'There's two coming, it's a miracle and so exciting,'

Talking to The Daily Telegraph, she also disclosed her plan to move back to her native Australia after the arrival of her twins as she wants her kids to join a school in Australia.

The couple hasn't revealed the sex of the twins.

Johnson and Herjavec first met in 2015 while they were paired together in the 20th season of Dancing with the Stars. The 53-year-old Canadian businessman proposed his then-girlfriend in February 2016 with 6.5 carat-engagement ring.

"I never thought a year ago I'd meet someone who would change my life completely ! I'm the luckiest girl in the world because last night the love of my life @robert_herjavec asked me to marry him and I said yes!"

The couple tied the knot in July 2016 in a ceremony held in the Four Seasons Hotel Los Angeles at Beverly Hills. They exchanged their vows in front of 250 guests. 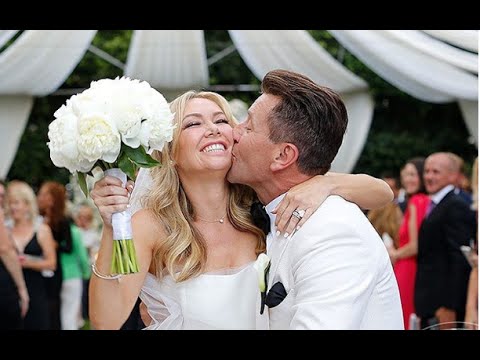 Kym Johnson and Robert Herjavec on their wedding, Source: YouTube

Herjavec was previously married to Diane Plese for 25 years, divorced in 2015. He shares two children with Plese. Johnson was in a relationship with the former NFL star Hines Ward.