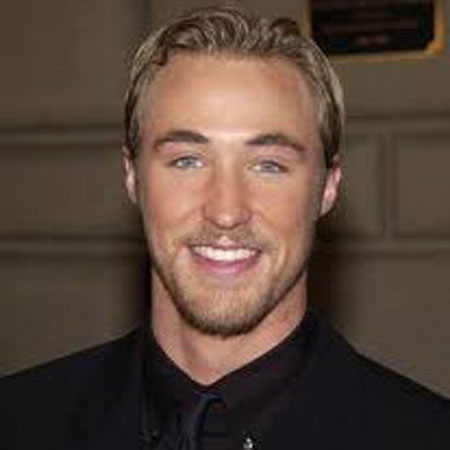 Lowder was married to his co-star from 'Days of Our Lives' Arianne Zucker. They have a daughter together.

Kyle Lowder was born on August 27, 1980, in St. Louis, Missouri. He belongs to white ethnicity and holds an American nationality.

Lowder graduated from the Pleasantville High School in New York in 1998. During high school time, he played quarterback for the school's football team.

Later Lowder attended the Syracuse University for a short period before dropping out to pursue his acting career in Los Angelos.

Kyle Lowder career began after his appearance as Brady Black on Days of Our Lives in which he portrayed from August 2000 to 2005. He also got nominations for a Daytime Emmy Award, for the role in 2003.

After that, Lowder appeared in Friends as himself in the 2003 episode "The One with the Soap Opera Party."

In the year 2007, Lowder made his appearance as Rick Forrester in 'The Bold and the Beautiful,' replacing Justin Torkildsen, who left in 2004.

Lowder also learned classical vocal and has a great singing voice, as he has sung on numerous episodes of B&B, also can be seen on YouTube singing the National Anthem at a Dodgers game.

Moreover, Lowdwe has also starred in 'Crave Rider' in the series of Dr. Pepper commercials.

Kyle Lowder is married to Arianna Zucker and has a daughter with her. Zucker is an actress and model as well as has played in the movie Days of our Lives with Lowder. They began dating in November 2000 and engaged a year later on November 29, 2001.

They first met each other in 2000 on the set of the Days of our Lives and became friends. The couple briefly separated in 2007 but united the next year.

Zucker gave birth to a daughter Isabella Reese Lowder on December 7, 2009. However, the couple recently decided to end their married life in 2016.

In a statement to Soap Opera Digest, they stated:

“In response to ongoing inquiries, we would like to announce that with respect to our privacy, we quietly separated a while ago and are officially divorced. We continue to remain great friends and loving parents to our daughter."

Yet, they have decided to raise their child together and have committed to remain friends in the coming days.

Kyle Lowder earns a good amount of salary from his acting as well as modeling career.

Lowder has made his appearance in many popular movies. Currently, his net worth is estimated to be $ 1.7 million.