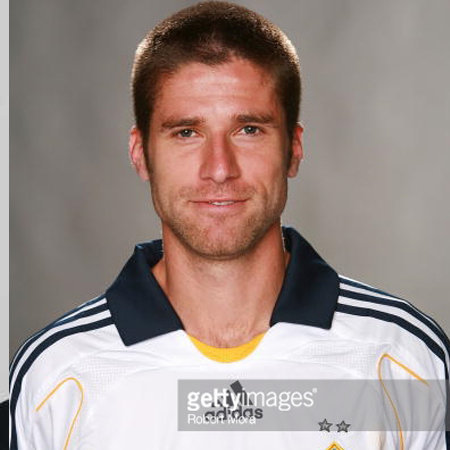 Martino was born on February 19, 1981, in Atlanta, Georgia, the United States of America. He is currently age 38 years old.

There is nothing he has not achieved in his playing career and even after being so popular and so successful he is still striving and working hard to achieve more. He was born in Atlanta, Georgia in the United States of America.

He belongs to the ethnicity of white and nationality American. He is a very good looking man and has been loved by females from all over the world.

Martino went to the Staples High School for his early education and he played football there as well. He then moved to the University of Virginia and played his game over there as well. He is a brilliant midfielder and he can hold balls and keep possession in difficult times. He has one goal for his international career as well.

In 2002, he joined a professional team called Columbus Crew and he stayed there for four years. In his time at the club, he was able to score 10 goals in his 106 caps. He then moved to one of the most popular and successful clubs of America called Los Angeles Galaxy.

Legends like David Beckham have also played for this team. He was there for one year and in his total of 35 caps he was able to score 3 goals. He was named the MLS Rookie of the Year in the year 2002.

According to online sources, Kyle Martino has an estimated net worth of $1 million. When he was active in soccer, his salary was around $65 thousand.

He tied the knot with actress Eva Amurri on October 29, 2011, in Charleston, South Carolina, after dating for a long time. But the two announced in November 2019 that they had called it quits, ending their eight-year marriage.

Despite the split, the two spend a quality of time together. Martino even wished Amurri a happy Valentine's Day on February 14, 2020, with a sweet Instagram post.

Happy Valentines Day Mama!! I thought today was gonna be really hard, and in some ways it is. But today I feel our unbreakable love for one another. I’m proud of us for protecting that and modeling what love is for our children. Today helps remind us that there is a place in our heart meant for another, and it’s the place in our heart still meant for each other that makes that feel right. I will always carry your heart, carry it in my heart. Love you Mama.

The pair are already parents of two children; daughter Marlowe and son Major, and they are now expecting their third child together. They had announced the pregnancy news in September 2019, tow months before they announced their split.

Martino is a tall man as he has a great height of 5 feet 10 inches which is around 1.77 meters. Interested readers can read more about him and his amazing biography from popular wiki sites such as Wikipedia and IMDb. He has been very successful in his career and it has given him great earnings and net worth.