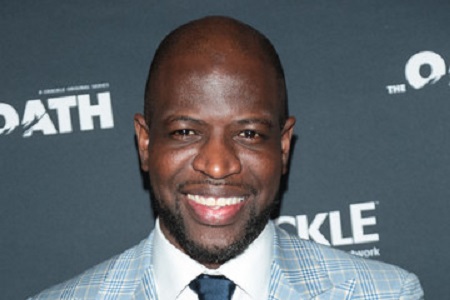 Kwame Patterson is a talented American actor who notably starred as Monk Metcalf in HBO's fourth and fifth seasons of The Wire. He also appeared as Neckbone in the television series The Oath. Some of his other successful TV series include Ray Donovan, American Crime Story, and David Makes Man.

Kwame Patterson was born on 14 December 1987 in the United States of America. He holds American citizenship and belongs to the Afro-American ethnicity.

Career Highlights: Rose To Fame From 'The Wire'

Patterson, 33, started his acting career in 2004 when he appeared as Davon in the comedy film He Can Get It. He then appeared in the film Charm City in 2006 and in the TV series The Shield in 2007.

From 2006-2007, the actor rose to stardom as Monk Metcalf in HBO's fourth and fifth seasons of The Wire, starring Dominic West, Andre Royo, and Wendell Pierce.

The wire star, later, starred as Michael Darden in the TV series American Crime Story in 2016. He also acted as Neckbone in the television show The Oath in 2018.

A year later, he was cast in the feature film The Outpost. Since 2020, he is portraying adult David in the television series David Makes Man. 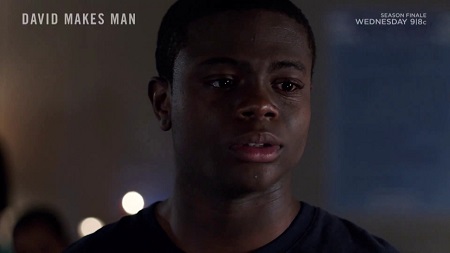 CAPTION: Patterson as adult David in the television series David Makes Man-He is portraying the character since 2020 SOURCE: IMDb

He is currently starring as Lurp in the TV series Snowfall. The actor is busy filming his upcoming short film Swipe.

The David Makes Man star has an estimated net worth of $500 thousand as of May 2021. He earns mainly from his prolific acting career.

Being one of HBO's hit The Wire's cast members of the fourth and fifth seasons, he surely has earned a good salary from the show.

The Wire co-star Idris Elba has the highest salary of $25 million in the entire show. Meanwhile, co-star Deirdre Lovejoy has the lowest of $700,000 thousand in the series. He definitely earns in between.

The Wire star Kwame Patterson is currently single and isn't dating anyone at the moment. He likes to keep all of his personal detail away from the media outlets.

The actor is much more focused on his career and is currently busy with his big upcoming projects. 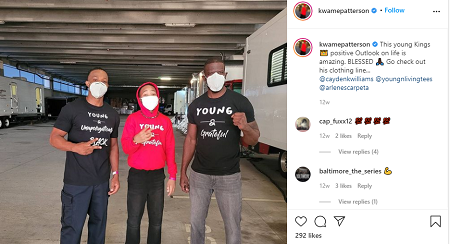 CAPTION: The actor promoting one of his friends clothing line via is Instagram which has almost 15k followers SOURCE: [email protected]

He is active on Instagram under the handle @kwamepatterson, which has 14.5 followers as of now. He mostly promotes his work and posts pictures with co-stars and friends on his account.