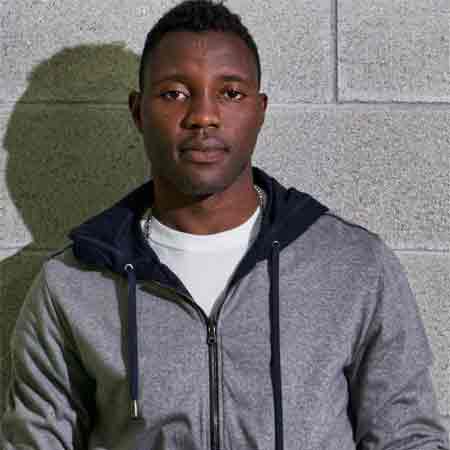 Kwadqo Asamoah is one of the popular and professional Ghanaian footballers. His fans and team mates do him as “Kojo”. He was born in 9th December in the year of 1988.He was born in Accra of Ghana. His current team is Juventus and he plays in the field as the central midfielder. He is seen in the field wearing the Jersey No.22.Apart from playing for the club he is also seen as an important player in the Ghana National Football team. He was interested in football from his very early age .Basically the game he started to play was Street football which slowly with time made him a professional footballer

He firstly joined local clubs where he played several games and updated and upgraded his skills. After that he joined a popular Swiss club Bellinzona but later he was transferred to the Torino in the year of 2007-08.After 2008 he was signed by Club Udinese. Due to his performance in the World Cup 2010 and Africa Cup of Nations he was already been a choice to several top clubs of the Europe. After playing from Udinese for 2 years he was transferred to Juventus and the transfer fee was 9 million Euros. In his debut match against Napoli he helped Juventus make 4-2 win in extra time. Apart from clubs he is also an important part of a national team of Ghana .He has already appeared in 2010 FIFA World Cup .He is also in the squad of 2014 FIFA World Cup.

He was in relation with the girl  for a long time. After having successful relation with the girl they both decided to get engaged in 2011 and later got married in 2012.The name of his Spouse is Abena. The relation is going smooth and there is no any sign of internal disputes till now.They have not yet disclosed about their Childrens. So basically the couples have good relation to share. The popular defender is physically fit and has a great fit of body. His Height is 1.70 and his Weight is 73 kg.

He was awarded with the most popular award in Africa. He was awarded with “CAF Most Promising African Player of the year” title in 2010.Apart from that he has also been named as Ghana Player of the year for two times once in 2012 and the other in 2013.The magazine named Bloomberg also ranked him as 27th best footballer .The result was declared as per the survey carried out among the fans in 2013.He has made about 215 appearances in the club matches and has scored about 13 goals in total. Out of 59 appearances in the total of the international matches he has been able to make any score 4 goals. He has impressed his fans and critics through his skills and tactics. His annual Salary is 2 million USD