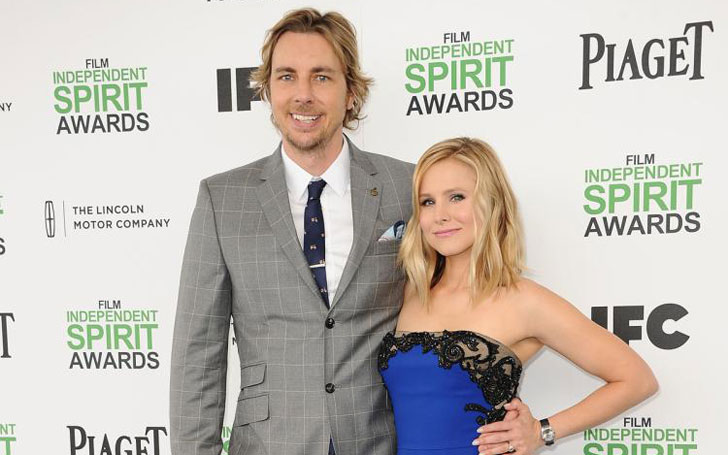 American actors, Kristen Bell, and Dax Shepard are a happy couple. They have been married for almost 3 years now and it's been 9 years since they started dating each other. The couple recently spoke of their marriage and relationship in an interview. Kristen Bell recently called marrying Dax Shepard the best decision she's ever made to date.

The 34-year-old actress and wife of Shepard revealed a secret behind their successful union in an interview with a magazine. The Frozen star said that they have been participating in couple's therapy since the beginning. She also says there's nothing to be embarrassed as it has helped them see from each other's point of view and negotiate disagreements. The couple met at a Detroit Red Wings hockey game in 2007, after which Dax, 40, was intrigued but also skeptical from meeting Bell. He said, 'I thought to myself, "Who is this sparkly creature?"' the Parenthood star said. 'We have such different backgrounds, it's comical. 'Until I was 32, I thought the world was just wolves, that there was no way anyone was acting with any kind of benevolence.

Bell began dating actor Dax Shepard in late 2007. After dating for 3 years the couple announced their engagement in 2010. But they decided to delay marriage only when the state of California passed legislation legalizing same-sex marriage. They co-starred in the 2010 film When In Rome, where Dax played Bell's lover. They later also were seen in 2012 film Hit and Run. When finally the section 3 of the Defense of Marriage Act fell on June 26, 2013, Bell asked Shepard to marry her through Twitter, which he accepted. The couple got married at a wedding in the Beverly Hills County Clerk's Office on October 17, 2013, and have been married ever since.

They have two daughters together, their first baby is Lincoln Bell Shepard and second is Delta Bell Shepard. The couple revealing their secret of happy marriage has to lead many questions regarding therapy and if it really works. However, both claim that as you need a trainer in a gym, you might need a trainer in your married life to sort it all out. They say that their married life is based on strong communication and hard work on compromising, patience, and listening. The net worth of Bell is $16 million. The couple also has a house in LA. There are interviews of her on youtube where she talks about her marriage and children.