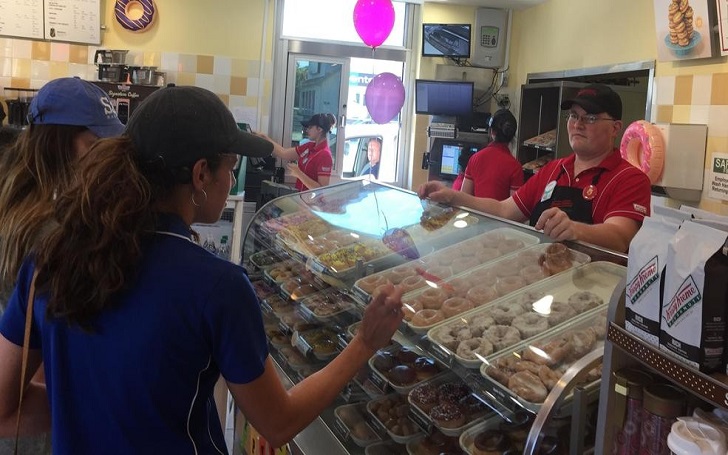 A Krispy Kreme scheme offering a dozen of glazed doughnuts for only 80 cents on Friday paralyzed traffic Charleston, S.C up to three hours.

It was a huge deal so fans had to actually wait for hours just to get a dozen of the best doughnuts in town.

To celebrate its 80th anniversary, Krispy Kreme held a promotional sale offering a dozen doughnuts for 80 cents once a customer buys the first dozen at regular price.

People across the US took Twitter and other SNS on Friday to post photos of long lines and traffic inside and outside Krispy Kreme stores.

Some customers, who went there to buy the doughnuts, also reported their local outlet had run out of Original Glazed doughnuts by the time they finally reached the front of the line, while others gave up in frustration.

Y'all Bouta be trapped in that Krispy Kreme line like pic.twitter.com/gIt6A6HieJ

The police in Burbank, Calif., also issued a traffic advisory for a backed-up drive-through as the crowd was really chaotic.

Krispy Kreme opened on July 13, 1937 in Winston-Salen, N.C.  Krispy Kreme has three branches in Sacramento, West Sacramento and in Roseville.