Kris Jenner Worried about her Grand kids, Find Out Why, Also Information About her Married Life and Husbands 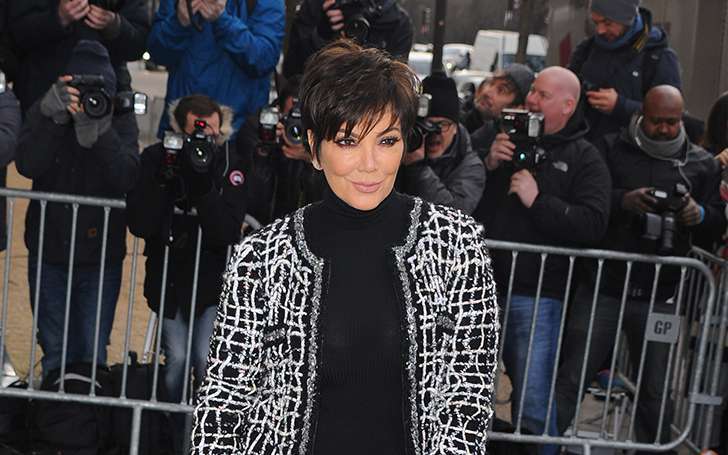 The famous American television personality and one of the members of Kardashian family, Kris Jenner has already crossed her sixties but could still pass as a Kardashian sister, couldn't she?. People want to live stress freely after this milestone but the reality star Kris seems, well, always teased and beat up.

Kris Jenner Worried about her Gand Kids, But Why

The gorgeous American diva and the grandmother of six, Kris Jenner revealed her tension during a roundtable discussion on Monday.  It was The Hollywood Reporter's reality TV roundtable in LA, where she confessed her worries about her six grandchildren being bullied.

''It's my grandchildren who I worry about because I have six of them; the oldest just turned seven, and my youngest is six months old, and they don't have a choice.''

''And I worry, I do, because it is such a bullying environment.''

You can't say she is worried for nothing, there are a lot of Kardashian Klan Haters out there who use bullying as a means to hurt the family, and when it comes to kids, even regular kids get bullied at school. But Kris seems to worry about inside family bullying as well!

As per her statement, she counsels everybody from her family time to time but if there is anyone whom she can't handle is her daughter Kim Kardashian. We are sure, Kim likes pulling light-hearted pranks on the kids!

Kris  Jenner's Life is as public as it could be. She doesn't seem stable in her marriages, not saying it's her fault though! She has been married twice, however, is living single at the present. Kris first got married to a lawyer Robert Kardashian on July 8, 1978. Robert Kardashian and Kris at the time of their marriage

The Kardashian couple gave birth to four children; daughters Kourtney, Kim, Khloe Kardashian and a son Rob Kardashian together. After spending twelve long years together, the couple divorced in March 1991. Though they ended their relation in 1991, they remained close friends until Robert's death from esophageal cancer in 2003.

Kris later married Bruce Jenner ( who has now come out as a woman and calls herself Caitlyn Jenner) a retired American Olympian. They had two daughters Kendall Jenner and Kylie Jenner together. On the other hand, by marrying to Bruce, Kris also had four stepchildren Burt, Cassandra, Brandon, and Brody. Kris Jenner and Bruce Jenner with their children

After spending over twenty years together, the couple separated back in October 2013. In September 2014, Kris filed for a divorce, citing irreconcilable differences and their divorce was finalized on March 23, 2015.

Getting back to Kris' worry for her grandchildren, what do you think she should do? Maybe you can suggest her on her social medias! For more on this and other celebrity news, keep coming back to Article Bio.