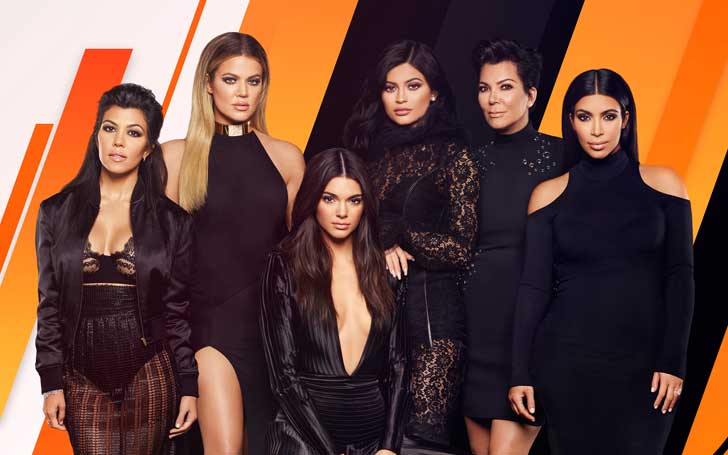 We all know Kardashian-Jenners make lucrative money from sponsored posts, but how much? Well, Kris Jenner has opened up about her daughters' income from sponsored Instagram posts.

The 63-year-old Keeping Up With The Kardashian star talked to CBS Sunday Morning and told how much fortune her daughters make from their makeup and clothing businesses and product endorsements. Jenner told:

My daughters are constantly getting offers to post something for a company, or a brand, on social media.

The Kardashian-Jenner sisters have hundreds of millions of followers on their Instagram which Jenner told one of the major sources of their income. Kris said "It's definitely six figures", however, she didn't reveal the exact figure.

Kris also added the fees depend on the post's subjects, or who (Kim, Kylie, Khloe) is doing the posting. Moreover, she added they charge more if the contents are for "a pharmaceutical product" or something that you're going to drink or eat.

#ad You guys all know I looove @flattummyco shakes. I've just restarted them (it's Day 2 today) and I’m already feeling so good. We had a huuuuge Christmas this year and between that, New Years and everything inbetween… I felt like it was impossible to fit in my regular work outs and eat healthy. But this program is giving me a kick in the right direction that I need. These meal replacement shakes are so good and they're helping me get my tummy back to flat. I’m already feeling amazing and I’m so excited for the next few weeks. Because they’re all about getting women back on track… they’ve got a 20% off sale going on right now, so if you want to start 2019 off right… trust me, you’re going to want to check them out. PS. I’m doing the chocolate program

But the Kardashian-Jenners don't readily accept any ad deals for money. Their mother said, until and unless they believe in the product they are promoting, they don't accept it.

Recently, Kim turned down a fashion brand deal that was offering her $1 million just because her husband Kanye West said line ripped off his designs. Moreover, the New York Times reported Kanye later gave her a $1 million check on Mother's Day as a thank you.