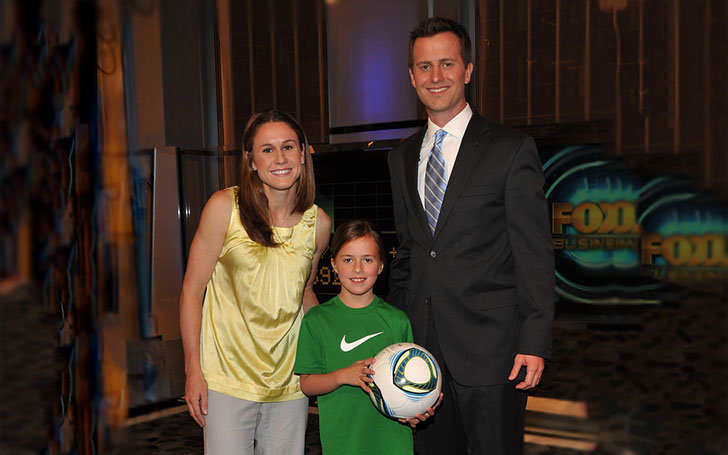 Connell Mc Shane is an American Television and radio news correspondent, as well as a FOX Business News anchor. He is known as the news anchor on Imus in the Morning, since May 2011, after succeeding Charles McCord.

Connell Mc Shane is a married man. The Bloomberg news reporter is the father of three children. Moving towards his relationship status and affair news, he has not been associated with any women except his wife. Connell is happily married to his longtime girlfriend Renee McShane. After dating for few years they decided to tie their wedding knot. They are considered to be a blessed couple. Connell is now residing happily with his family. The couple's relationship as husband and wife is still going very strong.

Connell Mc Shane graduated from Fordham University with a Bachelor of Arts in Communication and Media Studies. Connell Mc Shane began his career from syndicated morning show in The First World from Bloomberg Radio.

#NYPrimary - outside Trump Tower for now and then inside tonight

Mc Shane has been presenting for Fox Business Network since October 2007. He has been co-hosting "Markets Now" along with Dagen McDowell. The radio news correspondent formerly co-anchored the network's early-morning program, Fox Business Morning, alongside Jenna Lee through May 2010.

McShane has also reported on the rise of China from Shanghai and Beijing, including the coverage of the European debt crisis from Dublin, Ireland. Before joining FBN, he worked at Bloomberg Television as a news reporter as well as the anchor.

He has also been working on "Evening Edition", "On the Markets", and "Market week". In addition, Connell also filed live broadcast reports from the NYSE and NASDAQ. Prior to working at Bloomberg, he co-anchored the syndicated morning show, The First Word, on Bloomberg Radio.