Know about Kelsey Grammer's past and upcoming movies and his increasing net worth! 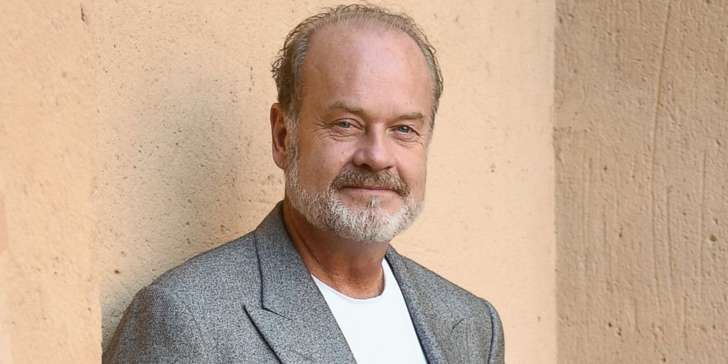 Multi-talented comic star Kelsey Grammer is a well-known entertainment artist and television celebrity. He is equally famous for 14 years old than to Sixty years old adult. 1.85 meters tall actor Mr.  Allen Kelsey Grammer was born on February 21, 1955. He is sixty-one years old and still in the business of entertainment. Allen Kelsey was born in  Charlotte Amalie, U.S. Virgin Islands. He is a republican by his ideals and belongs to white ethnicity.

Multi-talented Actor, voice actor, comedian, producer, director, writer, singer, and activist; there are many things that he surprisingly does both on and off screens.

Kelsey Grammer has married four times in his life! He has married  Doreen Alderman for eight years, from 1982 to  1990. In 1992 he married Leigh-Anne Csuhany but the marriage did not last more than a year. Four years after his divorce with Leigh-Anne Csuhany, Kelsey Grammer married Camille Donatacci in  1997 the marriage ended in 2011, He is currently married to Kayte Walsh in 2011, he has six children. As he says "I am still ready for another child but I will have to work for the rest of my life"

Grammer played as a psychiatrist named Dr. Frasier Crane in the famous show "Cheers and Frasier" in NBC sitcoms, which is by far his best work and most liked as well as admired role in his career. The antagonist of Transformers age of extinction has many awards hanging on his wall some of them are Primetime Emmy Awards for five times and three Golden Globe Awards.

He also gave his voice for popular cartoon show " The Simpsons" as Sideshow Bob and he earned his fifth Primetime Emmy awards for playing the evil mastermind genius Dr. Robert Underdunk Terwilliger (Ph.D.), AKA Sideshow Bob. He did a comedy movie called breaking the bank in 2014 and His new movie Storks, is an animation comedy set to hit the theaters on September 23, 2016.

Being a famous celebrity comedian actor, Disney's mad scientist, Dr. Frankenollie from mickey mouse movie makes an amazing pile of dollars which he earns by acting and his other side ventures as well.Even though Kelsey Grammer's some of the divorces has caused him a lot of fortune, ABC sitcom, Variety  reports  that Allen Kelsey has recently signed a new contract which pays him US $ 600,000 per episode. His net worth in 2016 is US$ 120 Million Dollars.