Vangsness is currently 48 years old. She was born on July 7, 1972, in Pasadena, California, USA, to parents Errol Leroy Vangsness and Barbara Mary Marconi. Her father is of Norwegian descent and her mother is of Italian descent. Talking about her height, Kristen is 5 ft and 7 in (1.7 m) tall.

The 48-year-old grew up in Porterville, California, before moving to Cerritos, California, where she graduated from Cerritos High School in June 1990. Vangsness later attended Cypress College in Cypress, California. She earned a bachelor's degree from California State University Fullerton's Theatre & Dance department in 1996.

Is Kirsten Vangsness married? Who is her husband?

Vangsness is not married yet, but she has been engaged twice. The 48-year-old described herself "as queer as a purple unicorn singing Madonna" in an interview back in 2011. She dated Melanie Goldstein, an a s sistant editor on hit show 24, for two and a half years before getting engaged in February 2009. 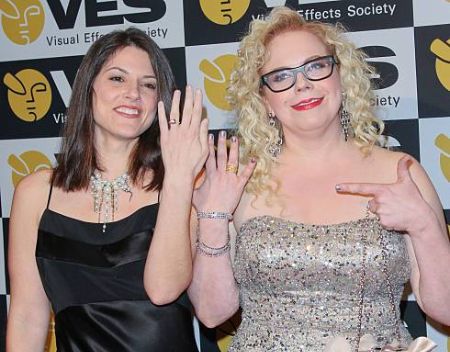 CAPTION: Kristen Vangsness and editor Melanie Goldstein were engaged from 2009 until 2013. SOURCE: Pinterest

They postponed their wedding plans that year since gay marriage was outlawed in California, but both had made plans to turn their wedding into a global celebration. "We're going to do it in 2013..Melanie wants us to go to every place that it's legal and just collect marriage certificates from places like Sweden and Mexico like people collect Disney pins. We want to put up a whole wall of them," Kristen told E! Online.com.

However, after being in a relationship for seven years, Kristen and her ex-fiancée called off their engagement in 2013. “I was so in love with her, but in terms of life growth, what we were both doing separately was just pulling us apart," the 48-year-old told People. “Growth takes people in weird paths and all of the sudden our relationship wasn’t able to sustain what I wanted to do and in terms of what she wanted to do, so we kind of had to call it," she added. 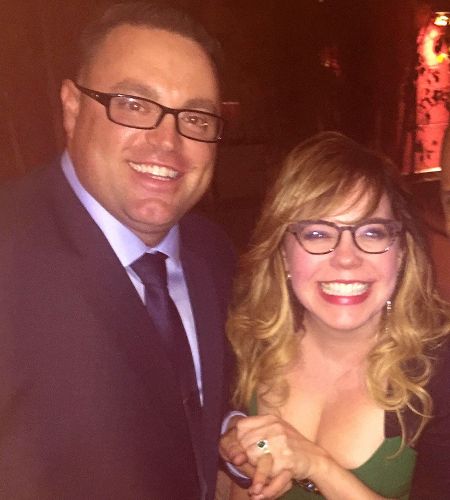 Vangsness is now engaged to actor and writer Keith Hanson. “He is the perfect partner for me and I feel like we evolve,” she gushed. Hanson popped the question in front of the couple's close friends and family in November 2015. Though she revealed some of her wedding plans at the time, saying she wants "a plaid dress" and wanted to wear it to a .big award "so people could be like, ‘she wore her wedding dress!'", the 48-year-old is yet to tie the knot with her partner.

According to Celebrity Net Worth, Vangsnss has an estimated net worth of $3 million as of 2021. She got her first big break in the theatre and went on to win several awards, including the Los Angeles Drama Critics Award for Best Emerging Comic Actress.

Her breakthrough role came when she was cast in the recurring role of Penelope Garcia in CBS's Criminal Minds in 2005. Kristen was promoted to series regular after the second season. She received a salary of $100,000 per episode between 2013 and 2014.