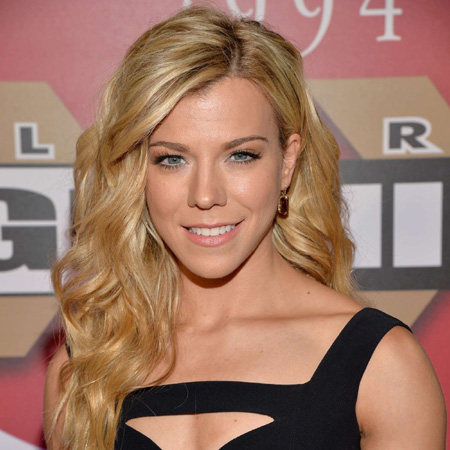 Kimberly Perry is an American singer who is a lead singer and guitarist of an American music group, The Band Perry, owned by Kimberly along with siblings, Reid Perry, and Neil Perry.

Some of her favorite songs include If I Die Young and All Your Life which were nominated for Grammy Awards. She along with the band has earned various awards and nominations including Billboard Music Awards, CMT Music Awards, Academy of Country Music Awards, Teen Choice Awards and many others.

Currently, Perry is married to J.P. Arencibia, though she is equally focusing on her musical career.

Kimberly Perry was born as Kimberly Perry on 12th July 1983 in Jackson, Mississippi, United State. She belongs to white-American ethnicity/race and holds an American nationality.

Perry was born to Charles Stephen Perry and Marie Perry who are a member of a band & were an inspiration to her. She has two siblings, Neil Perry and Reid Perry.

From her childhood, Perry was passionate about singing and began singing along with her brothers in her own band. In 2005, she joined a New Faces of Country tour.

Kimberly Perry began her singing career from her teenage age, singing along with her brothers in their own band named "The Band Perry."

Perry is a lead vocalist who also plays piano as well as guitar. They signed a contract with Republic Nashville in 2009, August; releasing their self-titled album on 12 October 2010.

Among their outstanding numbers, If I Die Young was fall in the U.S. Billboard Hot Country Songs and Hot Adult Contemporary Tracks charts with a certification of 6x multi-platinum.

On April 2, 2013, the band released their second album, Pioneer, that contain number one singles such as; "Better Dig Two," "Done," "Don't Let Me Be Lonely," and "Chainsaw".

Later the band collaborates with Lady Gaga and Enrique Iglesias on "Live Forever".

Even, Kimberly, Reid, and Neil appeared on an American game show, Family Feud, in July 2016.

The pair firs met in 2012, February and their journey has been excellent. After dating years, they were engaged on 30th September 2013, and the next year they tied the knot at Greenville, Tennessee in the presence of their friends and family member.

Kimberly Perry has gained immense popularity in a short period. She has not only earned reputation but also has received a good amount of salary from her career as a singer.

Perry has an estimated net worth of $2.4 million.