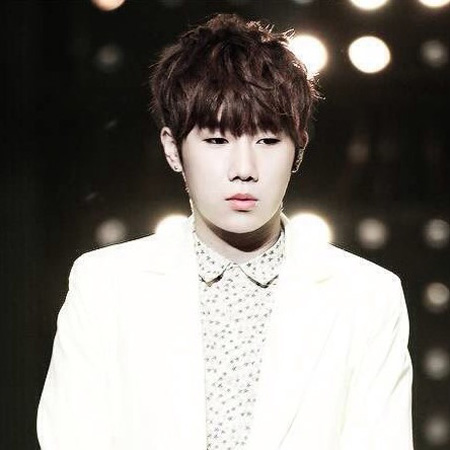 The South Korean singer, songwriter, and actor, Kim Sung-kyu is well known as the main vocalist of the boy band, Infinite. Sungkyu debuted as a solo artist with his first extended play, Another Me, in November 2012. Besides, he also made his premiere as a solo artist with the 2011 album "Over the Top."

The South Korean singer, songwriter, and actor, Kim Sung-kyu was born on April 28, 1989, in Jeonju, South Korea. He falls to South Korean nationality and belongs to Asian ethnicity. He has done his schooling from the Jeonju National University High School.

As a high school student, Sungkyu was a member of the school rock band called "Coma Beat." During his early age, his parents gave up his dream to become a singer, but he continued to practice in secret and came to Seoul alone to pursue his music career.

In the year 2010, Sungkyu made his first appearance as the leader and main vocalist of the South Korean boy band, Infinite. The same year, he played the guitar in Epik High’s video, Run alongside several fellow members including Sungyeol, L, Sungjong, and Woohyun.

Sungkyu made his first appearance as a musical actor in the "Gwanghwamun Sonata" along with bandmate Woohyun. He became a rigid member of Immortal Songs 2 along with Super Junior’s Ryeowook.

On October 10, 2012, the variety show, Weekly Idol announced that Sungkyu became a special host of the show alongside bandmate, Hoya. The same year, he released his solo EP, Another Me and the album became the top-selling physical with 62,958 copies sold.

Sungkyu also made his guest appearance on SBS Running Man episode, 179.  He is also a DJ for a special corner on Melon Radio.

Kim Sung-kyu, 28, is an unmarried man. He is famous for his successful professional career. Though he has a number girls fan following, he has never publically spoken about his personal life. The singer, Sungkyu is pretty secretive about his dating, affair, and relationships.

Besides, Sungkyu is a kind-hearted person who helps needy people. He has been involved in several charitable movements for last five years. Recently, he visited orphanage, Chungwoon Childcare Service Center and attend a special birthday party for parentless children. The organization is located in Sangdo-dong, Seoul. Jihyun.

Kim Sung-kyu has garnered a tremendous amount of value as he is the leader and main vocalist of the South Korean boy band, Infinite and has released some all-time hit songs. Sungkyu has a net worth of more than $2 million. He is 6 feet tall and his weight is 62kg.